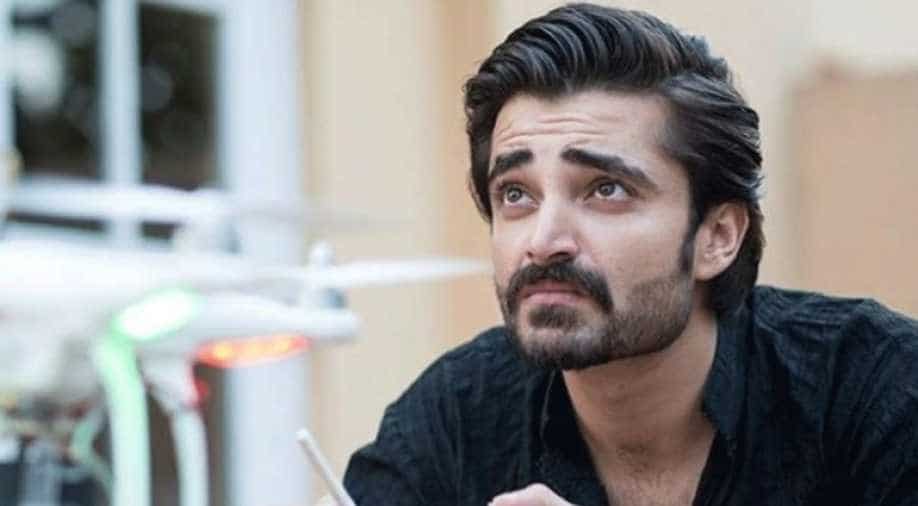 The 35-year-old actor is known for his roles in films like 'Main Hoon Shahid Afridi', 'Jawani Phir Nahi Ani', 'Waar', and TV shows like 'Pyaray Afzal'.

Pakistani actor Hamza Ali Abbasi on Thursday announced his decision to quit showbiz. In a video shared by him on Twitter, Abbasi spoke about his journey - how he became an atheist when he was 14-15 years old and how he will now call himself ex-atheist.

"I want to spend the rest of my life talking about God," Abbasi said in the video-sharing that his decision is based on 10 years of research. Abbasi, who recently married Naimal Khawar, said that now he will try to shape his life in accordance with Islam and will try to spread across the message through various platforms.

''Being an 'ex-atheist', I want to share the answers I have received about God with people. I don't want to debate or convince people, I just want to share," he said and added that if he will make any movie or show, then it will be about Islam.

The 35-year-old actor is known for his roles in films like 'Main Hoon Shahid Afridi', 'Jawani Phir Nahi Ani', 'Waar', and TV shows like 'Pyaray Afzal'. Abbasi had earlier said in a tweet in October that he will make an important announcement soon.

"A journey of more than a decade comes to an end. I have a very important announcement to make at the end of this month. Will hope my voice reaches many. Will be off social media till the end of October," he tweeted on October 11.

This comes after Pakistani singer Rabi Pirzada on November 4 announced that she has decided to quit the entertainment industry. The announcement came after her private pictures and videos were leaked online.

Rabi took to her official Twitter account and wrote, "I, Rabi Pirzada, am quitting showbiz. May Allah forgive my sins. And soften the hearts of people in my favour. She had threatened Indian PM Modi before she quit showbiz.

She was trolled by Twitter users for posting a picture wearing what appeared to be a suicide vest in order to threaten Indian Prime Minister Narendra Modi. Hands-on waist, the singer posted a photo of herself posing with a black vest over her clothes, laden with what appeared to be explosives with a timer attached."#ModiHitler I just wish huh #kashmirkibeti," she wrote alongside.