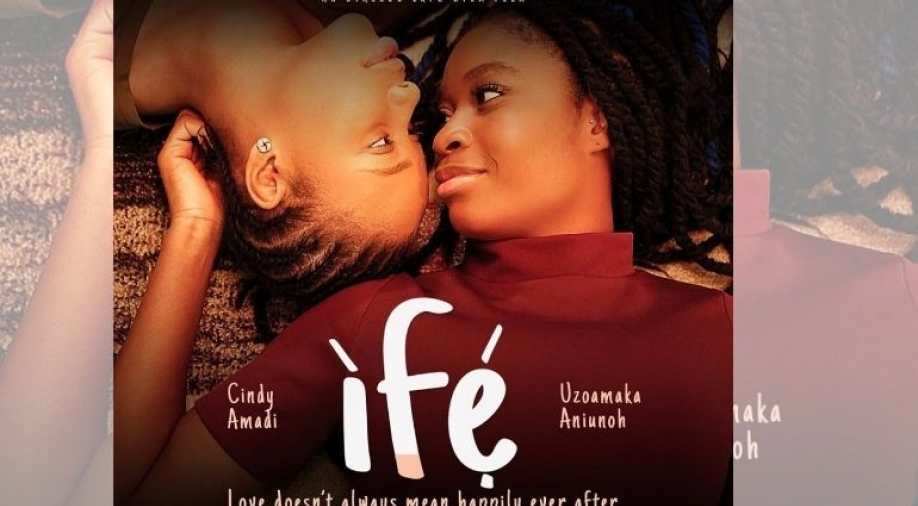 The National Film and Video Censors Board (NFVCB) did not respond to requests for comment.

Two young women fill the screen, reclining on a bed, talking about their hope of having children. They are protagonists in a new Nigerian film called 'Ife' depicting their love story. The topic is controversial in Nigeria, where same-sex relationships are theoretically punishable by up to 14 years in prison.

Producer Pamela Adie said Ife - which means love in the Yoruba language widely spoken in southwest Nigeria - would be released online to avoid any possible move by censors to ban it.

"I really feel that the censors board is playing a big part in stopping these kinds of stories from coming to the big screen... and it is just really stifling creativity," said Adie, who declined to provide a release date.

The National Film and Video Censors Board (NFVCB) did not respond to requests for comment. A trailer released online in July shows the women discussing their love and, as one character phrased it, the fear of being forced to choose between your family and happiness.

"The role of film is not to say 'this is right, or not'. I think that the role of film, and a filmmaker, is to portray reality as it is," said Adie.

Nobody has yet been convicted under the law banning same-sex relationships, which came into effect in 2014. But the case of 47 men charged last year with public displays of affection is being closely watched.Many people in Nigeria are socially conservative and some religious groups brand same-sex relationships as a corrupting Western import.

Gay rights activists say the law has been used to extort bribes in exchange for not pursuing charges.Despite the fear that the law engenders, Uzoamaka Aniunoh - one of the actors - said 'Ife' offers a glimpse into the everyday lives of people in same-sex relationships. "I don`t feel like it is bold. I feel like it is ordinary," she said.