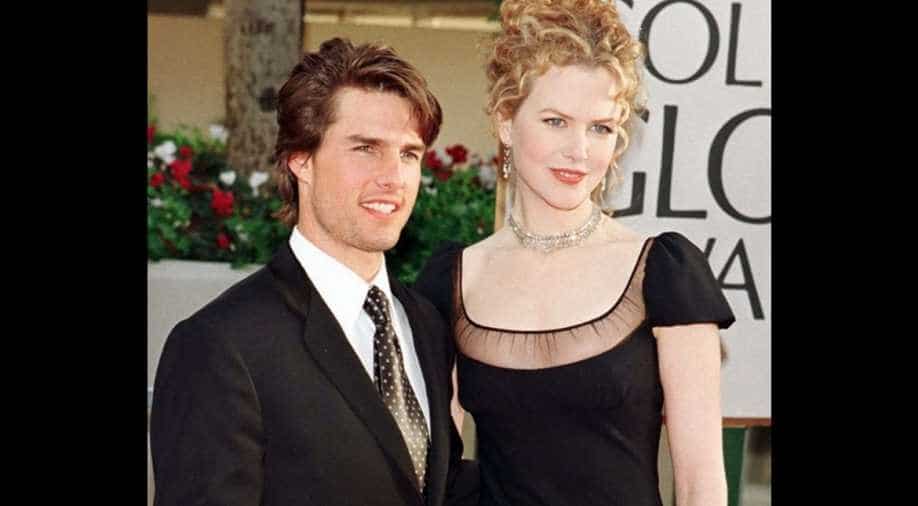 The two married while shooting for film ‘Days of Thunder’, married in 1990, adopted a son and daughter before ending their marriage after 11 years of togetherness.

Nicole Kidman who is on a high ever since her series ‘The Big Little Lies’ hit the right note with the audience, now reveals that her marriage with Hollywood superstar Tom Cruise protected her against sexual harassment, in the wake of #MeToo sweeping the industry.

In a tell-all piece published in New York magazine, Nicole revealed how she fell in love with Tom, married him for love and ended up being protected all along the years of marriage. The two married while shooting for film ‘Days of Thunder’, married in 1990, adopted a son and daughter before ending their marriage after 11 years of togetherness.

Opening up on her relationship with then partner, Nicole said, "Being married to Tom Cruise at 22 is something I'm always reluctant to talk about, because I'm married now to the man who is my great love [Keith Urban], and it almost feels disrespectful. I married for love, but being married to an extremely powerful man kept me from being sexually harassed. I would work, but I was still very much cocooned."

She added, "That said, I got married very young, but it definitely wasn't power for me -- it was protection. So when I came out of it at 32, 33, it's almost like I had to grow up."

Nicole is now married to country singer Keith Urban with whom she shares two daughters. Tom married Katie Holmes and has a daughter with her but they broke up and he is currently single.

Nicole will next be seen in the role of journalist Gretchen Carlson in a film about Roger Ailes, the late chairman and chief executive officer of Fox News. Gretchen filed a sexual harassment lawsuit against Roger in 2016 and received a reported $20 million settlement and a public apology from Fox's parent company, 21st Century Fox. Roger died in 2017, weeks after the allegations came to fore.

#MeToo first started in Hollywood and has now reached Bollywood too with many powerful names being called out.

Judge should rule in Meghan Markle's favour in privacy case without trial, says her lawyer