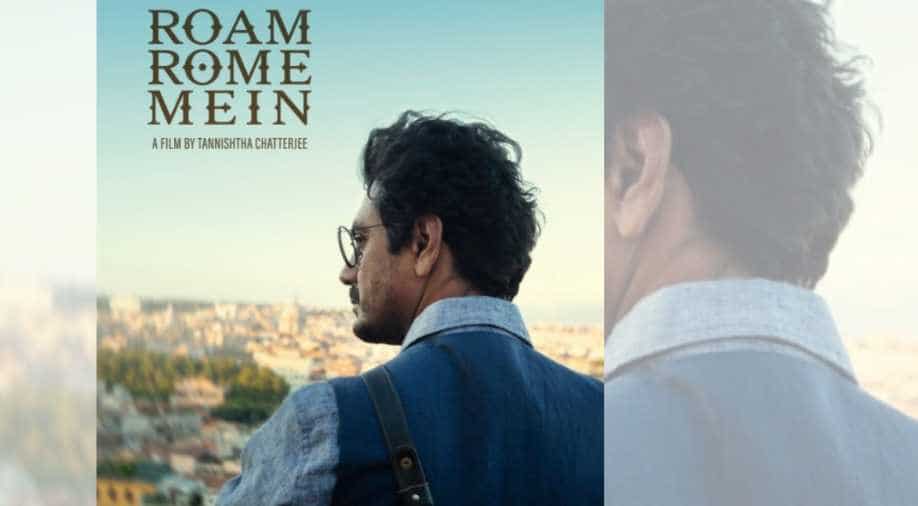 After receiving sterling reviews at Rome Film Festival, Nawazddin Siddiqui and Tannishtha Chatterjee starrer 'Roam Rome Mein' are all set to screen at the Mumbai Film Festival. Nawazuddin announced the happy news taking to his Twitter.

"After such fantastic reviews in Rome We r finally Home #RoamRomeMein directed by @TannishthaC at @MumbaiFilmFest on 22nd & 23rd Oct. SEE YOU @anupamachopra," he tweeted.

Before Rome Film Festival the psychological-drama was also selected for screening at the Busan International Film Festival. The film has been written and helmed by Tannishtha herself who is also making her directorial debut. Nawaz's next also stars Valentina Corti, Isha Talwar, and Francesco Apollini.

Pankaj Razdan and Ravi Walia will produce the movie with Eros International. The 45-year-old actor also shared on Twitter a still from the flick featuring him along with his co-star.  Watch 'Motichoor Chaknachoor' trailer here

On the work front, the actor also recently announced signing another film 'Motichoor Chaknachoor' opposite Athiya Shetty. The 'Gangs of Wasseypur' actor will also be seen playing a ghost hunter in 'Housefull 4'.

'The Lunch Box' actor will be romancing Tamanna Bhatia in 'Bole Chudiyan'.The romantic drama will mark the directorial debut of Nawazuddin's brother, Shamas Nawab Siddiqui, which will be produced by Rajesh Bhatia and Kiren Zaveri Bhatia. The film has been extensively shot in Rajasthan. In the film, Nawazuddin will croon a rap song 'Swaggy Chudiyan', the teaser of which has been released before. Watch 'Swaggy Chudiyan' teaser here