Music, marching and now a movie: How a young Black artist is pushing for justice in America 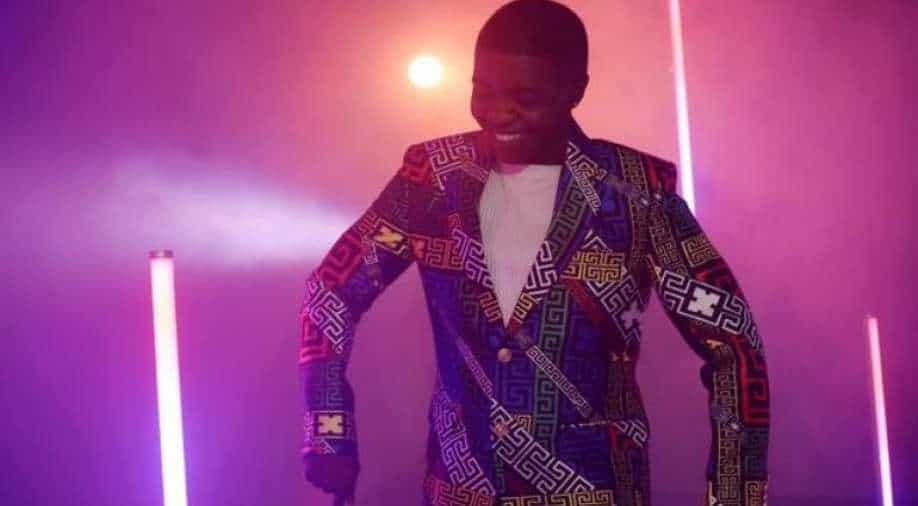 The rapper also has written songs that reflect why he protests, compositions calling for change and telling his story as an African American and as the U.S.-born son of immigrants from Congo. A film starring Nzanga and featuring his music that was released online in January adds his artistic perspective to the social justice movement.

Musician Nathan Nzanga has marched in Portland, Chicago, and his hometown of Seattle.

The rapper also has written songs that reflect why he protests, compositions calling for change and telling his story as an African American and as the U.S.-born son of immigrants from Congo. A film starring Nzanga and featuring his music that was released online in January adds his artistic perspective to the social justice movement.

"I feel like God gave me the gift of being able to tell stories," Nzanga told Reuters, speaking via Zoom from his bedroom in Seattle decorated with posters of such figures as Martin Luther King Jr., Malcolm X and Nelson Mandela. "I`m trying to find ways to make sure we see the human in one another."

The 13-minute film Nzanga made with director Caleb Slain, titled "enough," opens with the song "Truce." Nzanga, now 22, wrote it when he was a teenager at summer camp in 2016.

Nzanga followed the news between camp activities and learned of the death on July 5, 2016 of Alton Sterling after he was shot in a convenience store by police in Baton Rouge, Louisiana. On July 6, a police shooting during a traffic stop in Minnesota killed Philando Castile. On July 7, a gunman killed five law enforcement officers during a demonstration against police brutality in Dallas before being shot and killed after a standoff with police.

"It seems like every day we add a few more names to the list," Nzanga wrote in "Truce," adding, "I`m scared that I`m the next one that they`ll hit."

Vanderbilt professor Michael Eric Dyson, whose book "Tears We Cannot Stop: A Sermon to White America" was also inspired by those July events, told Reuters that Nzanga`s art "forces us to think and reflect in a serious way."

The film is named for and includes another of Nzanga`s songs, one he wrote following the May 25, 2020 death in Minneapolis of George Floyd, who died after he was pinned to the ground by a white police officer, pleading for air until he became unresponsive.

"Every time something like this happens, we see ourselves in the person that the police decided not to treat like a human," Nzanga said.

After Steven Cleveland, a professor of ethnic studies and history at California State University East Bay, saw Nzanga`s film, he set out to use "enough" to start conversations about race, violence and policing in classrooms at his university and others across the country.

"The vision for this is to go into spaces and be able to bring both sides of the story so we can begin to have dialogue and build us up and move us to places where we can get sustainable, transformative change that we need," Cleveland said.

In "enough," a Black American is seen not in his dying moments, but fully. Nzanga was interviewed once a year as he progressed through school, as part of what started as a documentary project in 2001.

As a round-faced boy, Nzanga describes bickering with his little brother and relates the time he and his family had to open their bags for searches as they left a shop, while white customers did not. The boy grows into a young man who empathizes with the fear police officers express, but argues that the racism Black people endure is the heart of the matter.

Nzanga is in full voice in the film, not gasping for air. As he raps in "enough": "Can`t love me if you don`t know me. Can`t know me if you can`t hear me."