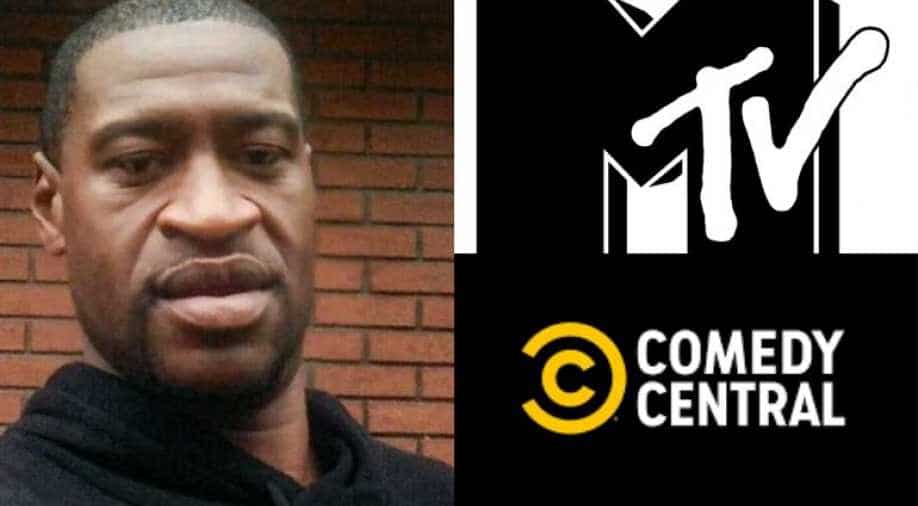 Several youth centric channels will blackout for eight minutes as a mark of protest on George Floyd's death Photograph:( Twitter )

MTV will be joined by its other ViacomCBS youth and music channels, including Comedy Central, CMT, and VH1, at 5 pm. ET (2100 GMT) in an eight minute, 46 second blackout.

Youth television channel MTV and other stablemate channels said they will go dark around the world on Monday to mark the death in police custody of George Floyd, joining other US entertainment outlets in condemning racial inequality.

MTV will be joined by its other ViacomCBS youth and music channels, including Comedy Central, CMT, and VH1, at 5 p.m. ET (2100 GMT) in an eight minute, 46 second blackout - the length of time they said that a white Minneapolis police officer last week knelt on the neck of Floyd, a black man.

Floyd`s death has prompted mass protests in cities around the United States decrying the treatment of black Americans, polarizing the country politically and racially.

"We are seeing the tragic impact of discrimination affect our community in a myriad of ways – including the disproportionate number of people of color who have been impacted by COVID-19 – another life or death fight for our breath," Chris McCarthy, president of entertainment and youth brands at ViacomCBS domestic networks, said in an internal note to staff that was seen by Reuters.

The TV networks will also provide a call to action encouraging audiences to link up with racial justice organization Color of Change.

The move by MTV follows calls by leading record labels to suspend business, delay new music releases, and pledge support for racial justice organizations in the wake of Floyd`s death.

Warner Music Group, Universal Music, Sony Music and other record labels have issued pledges and support for the `Black Out Tuesday` initiative.

Multiple musicians, including Beyonce, Taylor Swift, Billie Eilish, Rihanna, Ariana Grande and Jay-Z have spoken out in response to the death and subsequent demonstrations, some of which have turned violent.

"We`re broken and we`re disgusted... If you are white, black, brown or anything in between I am sure you feel (left) hopeless by the racism going on in America right now," Beyonce posted in an Instagram video.