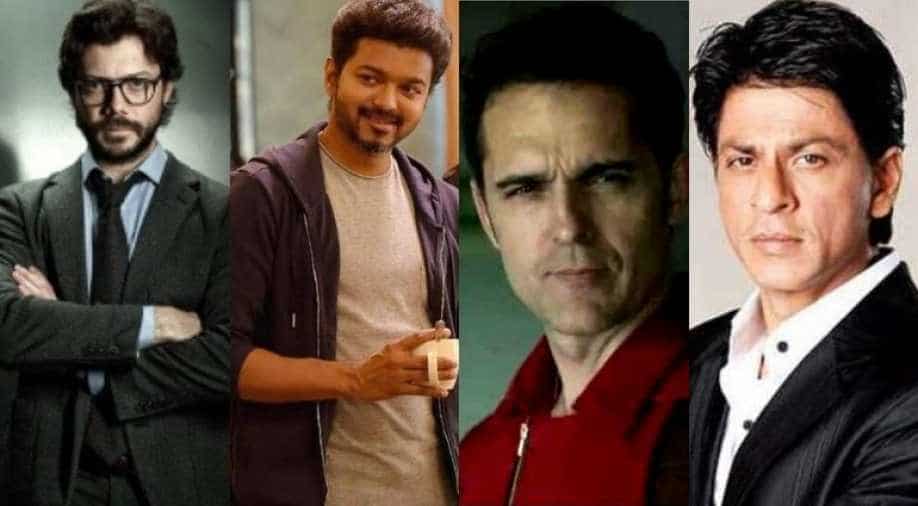 Alex Riodrigo picked both Ayushmann and Vijay for the role of the professor. Photograph:( WION Web Team )

Now, the director of the show- Alex Riodrigo has himself named Indian actors who he would consider if ever he had to remake the show for the Indian audience.

In this season of coronavirus pandemic, Netflix show 'Money Heist' has gained immense popularity. Fans across the world are now making a fantasy list of actors who could play the various characters of the show- if the show was to be ever remade in their country.

In India too, numerous names have popped up when one thought of an Indian remake. Now, the director of the show- Alex Riodrigo has himself named Indian actors who he would consider if ever he had to remake the show for the Indian audience.

Speaking to an online portal, the director said he was cast Tamil superstar Vijay or Ayushmann Khurrana in the Professor's role. He picks Ajith Kumar for the role of Bagota and Shah Rukh Khan as Berlin.

Interestingly, a few weeks earlier Ayushmann had expressed his love for 'Money Heist' and had publicly asked filmmakers to write a character like the Professor for him.

Alex picked Ranveer Singh and Mahesh Babu as Denver and Tamayo respectively and Suriya as Suarez.

The cast suggested by Alex seems quite varied and interesting. The director stated that he picked the actors according to the perception he has about them. He felt Vijay looked 'intelligent' like Professor and SRK looked handsome just like Berlin.