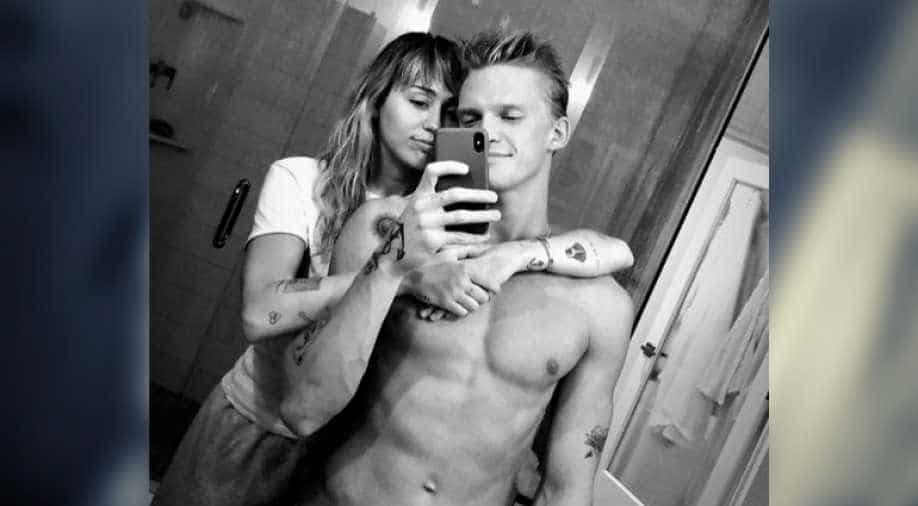 The singer was previously married to actor Liam Hemsworth, though their nuptials lasted less than a year, and they separated in August 2019.

The singer was previously married to actor Liam Hemsworth, though their nuptials lasted less than a year, and they separated in August 2019.

Just after separating from Hemsworth, she was briefly in a relationship with Kaitlynn Carter.

As for Simpson, his most serious relationship was with supermodel Gigi Hadid.

The news of Simpson and Cyrus` split was revealed just hours before the premiere of her new song, `Midnight Sky'. Miley reportedly self-directed herself for the music video.

Earlier this month, Simpson shared a sweet tribute to Cyrus, on his Instagram Story, stating: "In love with my best friend".

The pair was also seen dancing around to `Gonna Make You Sweat (Everybody Dance Now)` by C+C Music Factory featuring Freedom Williams in a TikTok video on Cyrus's account in July.

The representatives for Simpson and Cyrus did not immediately respond to the outlet`s request for comment.