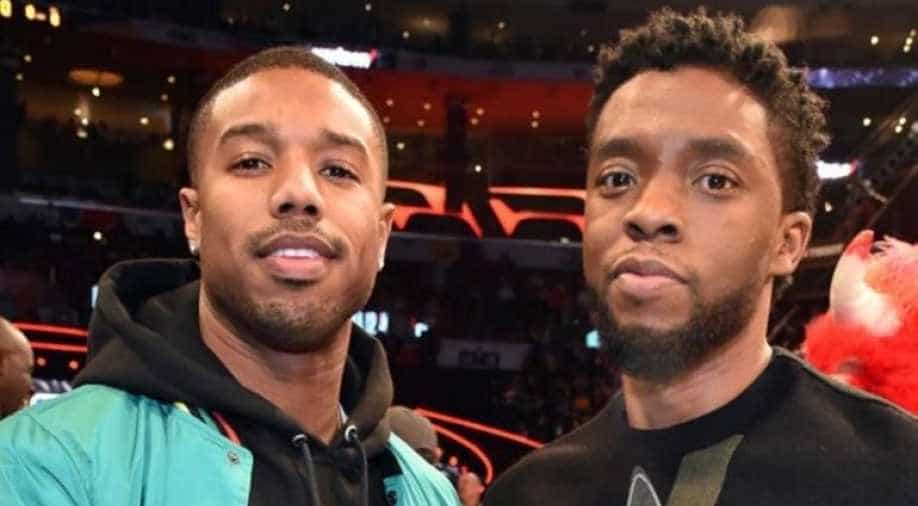 The actor who co-starred with Boseman in 'Black Panther' was grief-stricken and shocked after learning about his demise on August 28, when Boseman succumbed to a silent battle with cancer.

Michael B Jordan was one of the million fans of late actor Chadwick Boseman. The actor who co-starred with Boseman in 'Black Panther' was grief-stricken and shocked after learning about his demise on August 28, when Boseman succumbed to a silent battle with cancer.

In an interview with Vanity Fair, Jordan opened up about his pain of losing a friend. The 34-year-old was asked what made him cry the most in the last year and his late 43-year-old friend came instantly to his mind.

"Our relationship was a very personal one and had a lot of great moments—some that I couldn’t fully appreciate and fully understand until now. I wish I had more time to have our relationship evolve, and grow, and become closer and stronger. We got a concentrated dose of Chadwick. He did more in his 43 years of life than most people have done in a lifetime. And he was here for the time he was supposed to be here, and he had his impact, and his legacy" he said.

Talking further about the greatness of Boseman, Jordan added, "That was clear with the abundance of love that he has gotten from people all over the world. There are generations of kids coming up that look to him. It’s incredible. And losing him was…Yeah, man, it hurt. It hurt a lot. That’s probably what made me cry the most this year."

It was a bittersweet moment for late actor Chadwick Boseman's wife Simone Ledward who accepted the Best Actor (drama) award on behalf of her husband at the Golden Globes on Sunday night.

Aamir Khan: 'Bhuvan in 'Lagaan' shouldn't have been clean-shaven, there was no water there'