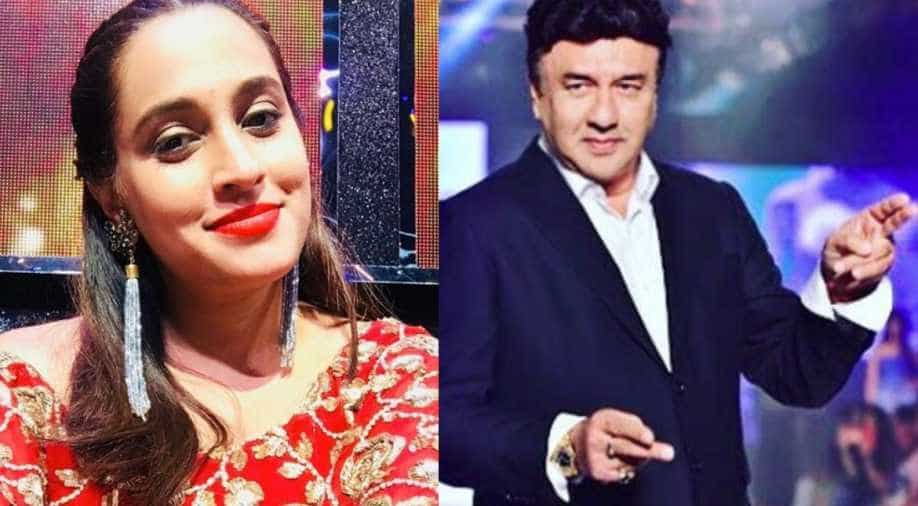 ''I sang it well so he said, 'I'll give you this song with Sunidhi and Shaan but first give me a kiss now'. He then smiled, what I'd recall the most evil grin I've seen. I went numb and pale in the face. I was only 15 years old then, still in school,'' said Shweta Pandit.

In the wake of #MeToo movement where few big names have sprung after being accused by women of sexual harassment and misconduct, Shweta Pandit took to her Twitter handle to share her story on Wednesday, accusing music composer Anu Malik of sexual harassment.

Calling Malik as ''pedophile and sexual predator",  the singer said, ''It was the year 2000 when I was launched as a lead singer with 'Mohabbatein' and was trying to get other good songs to follow up with the success of that soundtrack and the outstanding welcome it gave me in the music industry."

The singer said that Malik's manager had rung her up to ask her to come to Andheri's Empire Studio in mid-2001 to meet him.

Being an admirer of the composer, she got elated and reached the venue after which Shweta was put on a voice test.

"He was recording a group song with Sunidhi and Shaan for the film 'Awara Pagal Deewana' when my mother and I walked in the monitor room. He told me to wait in the small cabin inside where singers sang at Empire studio. It was just him and me there," she said.

She further added,''I sang it well so he said, 'I'll give you this song with Sunidhi and Shaan but first give me a kiss now'. He then smiled, what I'd recall the most evil grin I've seen. I went numb and pale in the face. I was only 15 years old then, still in school.''

She also said that after the incident the singer was depressed for months and her psyche had got affected as well.

“It was the worst experience of my life and I could never speak about it even to my parents. I could never ask any help to heal but was depressed for months. I cried endlessly after this incident and it affected my psyche as a young girl, so much that i could have left the industry but i re-thought and fought with my will [opwer that why should I leave my greatest passion for a pedophile like him but i still kept struggling for years to bury this inside me,” she said.

Had to go back to my worst memory as a teenage girl today to write this and speak up - its now or never. This is my #MeToo and have to warn young girls about #AnuMalik & let you know your #TimesUp @IndiaMeToo
Thank you @sonamohapatra for speaking up about him & supporting this pic.twitter.com/e261pGQyEq

A couple of days ago, singer Sona Mohapatra had also called Malik as a "serial predator".

Responding to Pandit's allegation, Mohapatra thanked her for voicing out and bringing Malik's reality into open.

"Sending you love, big healing and strength @ShwetaPandit7. That #AnuMalik did this to you as a child is something #India has to make note of. Thank you so much for being brave and bringing this out in the open. I know how difficult that is and the pressure to let 'bygones be bygones,'' tweeted Sona Mohapatra.