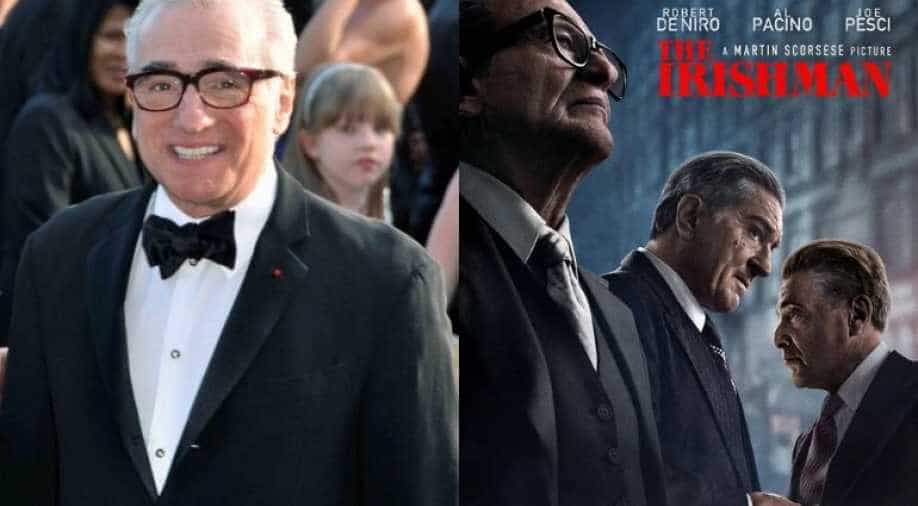 The film is one of Scorsese's finest and features outstanding performances from its stars Robert De Niro, Al Pacino, and Joe Pesci.

Filmmaker Martin Scorsese has been selected for the Sonny Bono Visionary Award by the Palm Springs International Film Festival for his latest release 'The Irishman'.

Scorsese recently hogged headlines for his 'theme park' remark on Marvel films. The filmmaker will be bestowed with the prestigious honour at the festival's gala next year on January 2 at the Palm Springs Convention Center, reported a magazine.

Commenting on his newest feature, festival chairman Harold Matzner said, "Martin Scorsese has directed another masterpiece about the world of organized crime with his latest film 'The Irishman', which brings to life the epic story of hitman Frank Sheeran".

The film is one of Scorsese's finest and features outstanding performances from its stars Robert De Niro, Al Pacino, and Joe Pesci. We are delighted to recognize Martin Scorsese with this year's Sonny Bono Visionary Award for this extraordinary directorial achievement," he continued.

Based on Charles Brandt's non-fiction book 'I Heard You Paint Houses', the movie is centered on the bond shared by hitman Frank Sheeran De Niro and labor union leader Jimmy Hoffa Pacino, who disappeared in 1975 under mysterious circumstances and since then he has never been found.

The film has already been screened at Rome, London, and Los Cabos Film Festival and garnered rave reviews.