Limited series about Capitol riot in works at Showtime 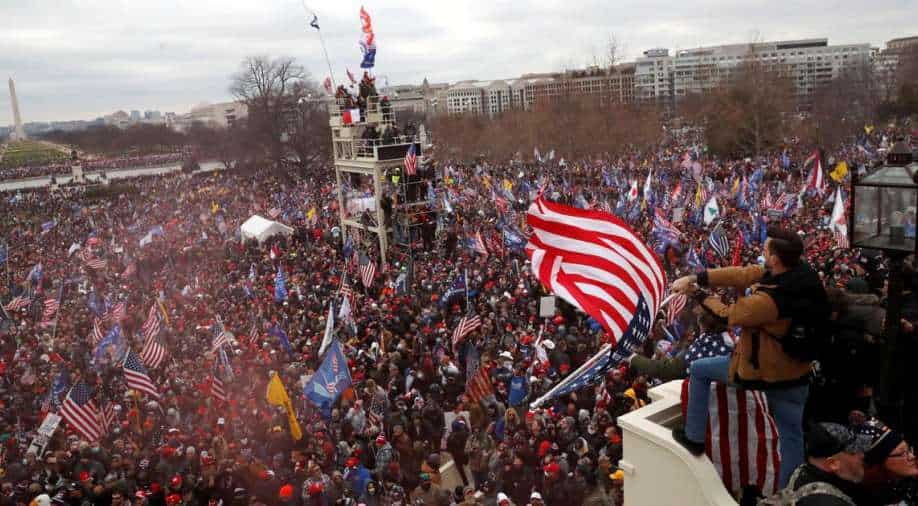 The show will be created by duo Billy Ray and Shane Salerno, who previously worked on Showtime's series 'The Comey Rule'.

The events of the infamous Capitol Hill riot are set to be depicted in a limited series, soon.

The story of the January 6 Capitol riot is already being developed into a series at Showtime.

The show will be created by duo Billy Ray and Shane Salerno, who previously worked on Showtime's series 'The Comey Rule'. Ray is slated to write and direct the series, with Salerno serving as executive producer. Josh McLaughlin will also executive produce, with Showtime producing.

Did `The Simpsons` predict the US Capitol Hill riots? The Internet seems to think so

According to Variety, the limited series will examine and explore multiple points of view of the events leading up to the Jan. 6 attack on the U.S. Capitol, including the final days of the Trump administration, and culminate with the attack itself, the aftermath, and the FBI and Congressional investigations.

The deadly riot, which injured more than 140 people and killed five, occurred when former President Trump's supporters and insurrectionists attempted to overthrow the election by breaking into the Capitol building while Congress was in the process of confirming the electoral votes from the 2020 presidential election.