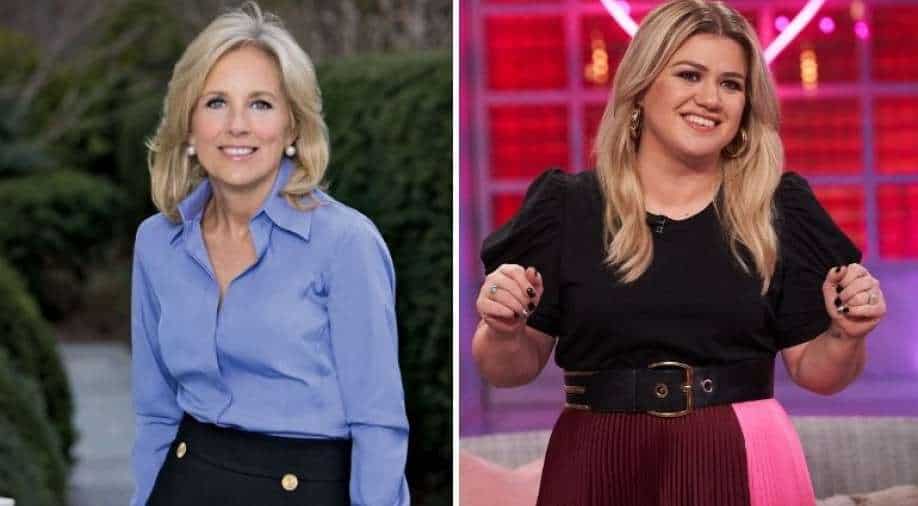 Singer Kelly Clarkson, who is in the middle of a divorce from Brandon Blackstock, has received some advice from US First Lady Dr Jill Biden.

Singer Kelly Clarkson, who is in the middle of a divorce from Brandon Blackstock, has received some advice from US First Lady Dr Jill Biden.

The two have accused each other of financial faults.

Biden was earlier married to a man called Bill Stevenson from 1970-1975 before marrying Joe Biden in 1977.

The US First lady appeared on the Wednesday episode of 'The Kelly Clarkson Show' and opened up about her own divorce and offered words of encouragement to the singer. Clarkson has been vocal about the difficulties of divorce.

“This is what I would say to you if I were your mother. My mother always said, 'Things are going to look better tomorrow and if you can take one day at a time ... things will get better," Biden, 69, said.

"I look back on it now and I think, 'You know if I hadn't gotten divorced, I never would have met Joe.'"

Biden also stated that she "wouldn't have the beautiful family I have now" had she not split from her first husband.

Dr Biden shares her 39-year-old daughter Ashley with the President, who had three children from a previous marriage.

In an earlier episode of the show, Clarkson had addressed her split, calling divorce "horrible."