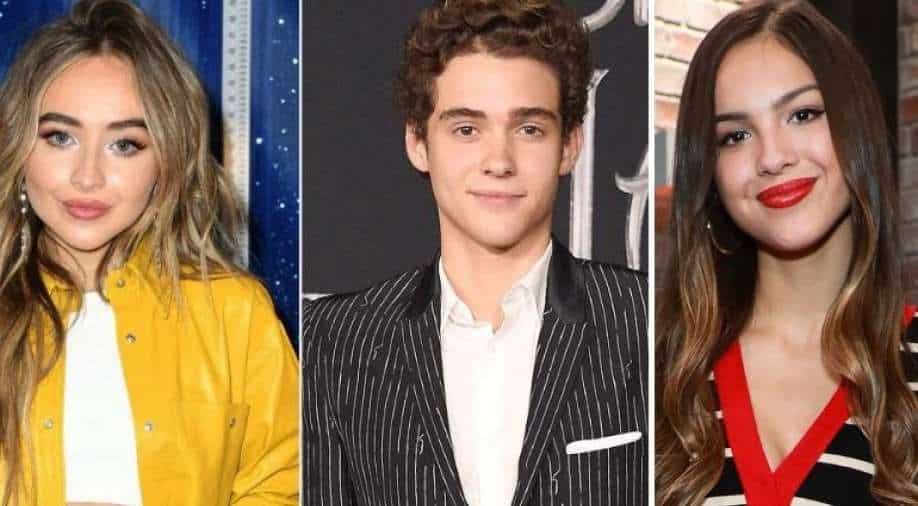 After Olivia Rodrigo released her hit 'Driver's License', hinting at her alleged ex-boyfriend and Disney co-star Joshua Bassett's new romance with Sabrina, the latter addressed the diss in her own single 'Skin'.

After Olivia Rodrigo released her hit 'Driver's License', hinting at her alleged ex-boyfriend and Disney co-star Joshua Bassett's new romance with Sabrina, the latter addressed the diss in her own single 'Skin'.

Olivia sings, "And you're probably with that blonde girl / Who always made me doubt." Sabrina responded by calling out Olivia's lyric."I guess people care, and I was curious as to why people cared," Sabrina said on the Zach Sang Show.

She continued, "But I also think again, it’s like people are pointing fingers, but at the same time like it’s not for me to say who is or it isn’t about, 'cause it’s not my story. That’s not my narrative. I’m just approaching it from you know, again, the attention that people kind of directed towards me, assuming that it was me. That I was just like well, you know, it does make sense, I am blonde.'"

"I think I came at it from a very honest place of saying I don’t think anyone meant any hard feelings and I don’t think that that’s what it is about," she said."We’re all just telling our truth and we’re all just trying to feel okay within our own situations, which are so unique because we’re all experiencing life from completely different perspectives at different points in our life with different people surrounding us. My situation is not one that everyone’s going through. So I understand that some people won’t see it from that side of things, and that’s okay.

She continued,"'Skin'—I can't stress this enough—is not about one person. I've had so many different experiences in the last year in my personal life and in my career where there was a lot happening and I couldn't do anything about it and I couldn't say anything 'cause it seemed like either way people were mad at me."