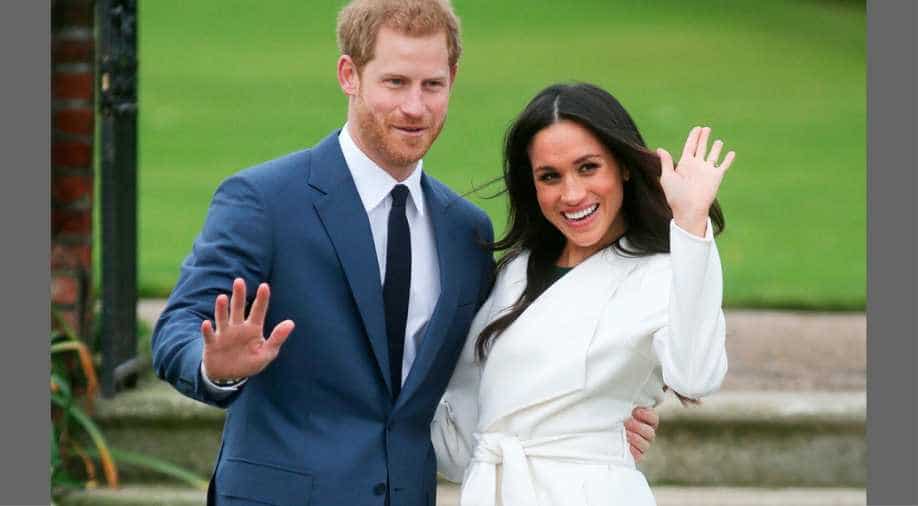 Prince Harry and actress Meghan Markle announced their engagement in 2017. Photograph:(Twitter)
Follow Us

Harry and Meghan married at St George's Chapel at Windsor Castle on May 19, 2018.

To celebrate their marriage anniversary, the animal rights organization sent two pairs of animal-friendly footwear to the Duke and Duchess Of Sussex.

The organization sent them matching vegan Stan Smith sneakers from Adidas to mark their third anniversary -- which is traditionally known as the 'leather' anniversary.

As per PETA, they are offering “an animal-friendly alternative to Markle’s go-to casual shoes.” Markle is known to wear Vejas, a French brand casually, which is also a vegan brand.

“We know how much you care about animals and the environment — unlike the leather industry, which kills over 1 billion animals every year and whose end product is ranked the most polluting material in fashion,” wrote PETA President Ingrid Newkirk in an accompanying letter to the couple.

“We, therefore, sought to mark your special day in a modern, eco-conscious, and animal-friendly way.”

“We hope you love the gift and that the shoes will inspire you to continue to embrace vegan fashion.” Newkirk added.

Harry and Meghan tied the knot at St George's Chapel at Windsor Castle on May 19, 2018.