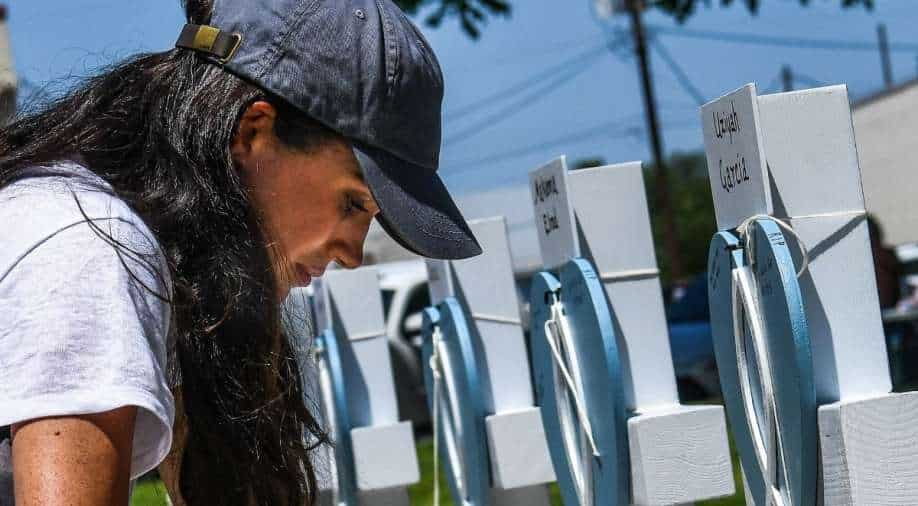 Meghan Markle paid a visit at the memorial for victims of Texas school shooting Photograph:( AFP )

The Duchess of Sussex, Meghan Markle made a surprise visit to Texas on Thursday to pay her respect to the 21 victims killed at an elementary school in Uvalde.

The Duchess of Sussex, Meghan Markle made a surprise visit to Texas on Thursday to pay her respect to the 21 victims killed at an elementary school in Uvalde.

Children of second, third and fourth grade were gunned down on Tuesday by an 18-year-old man at Robb Elementary School in Uvalde, Texas. Two teachers of the school were too killed in the tragic incident. The gunman was eventually shot dead by the police.

On Thursday, Markle was spotted placing a bouquet of white roses at a memorial for the victims at Robb Elementary School. The Duchess lives in California with her husband, Prince Harry and their two children. 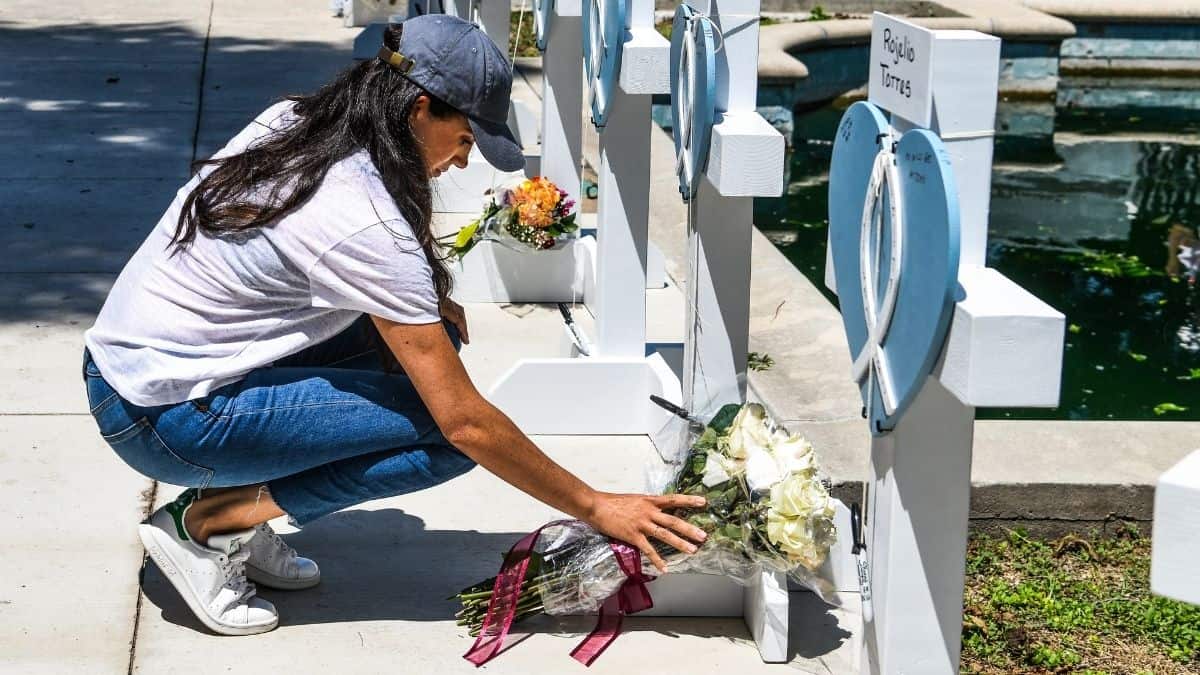 The 40-year-old was dressed in jeans, a white T-shirt and a denim baseball cap and kept a low profile throughout her visit.

The former 'Suits' star did not answer any of the reporter's questions, instead quietly placed the roses tied to a purple ribbon for 10-year-old Uziyah Garcia, one of the victims of the attack. She was accompanied by a bodyguard.

The US government is facing severe criticism in the aftermath of the tragedy with most demanding stricter gun-laws across the state. According to the Everytown gun control group, "Since 2009, there have been 274 mass shootings in the United States, resulting in 1,536 people shot and killed and 983 people shot and wounded.”