Kim Kardashian is not responsible for the damage of Marilyn Monroe's dress, says Ripley's Believe it or Not 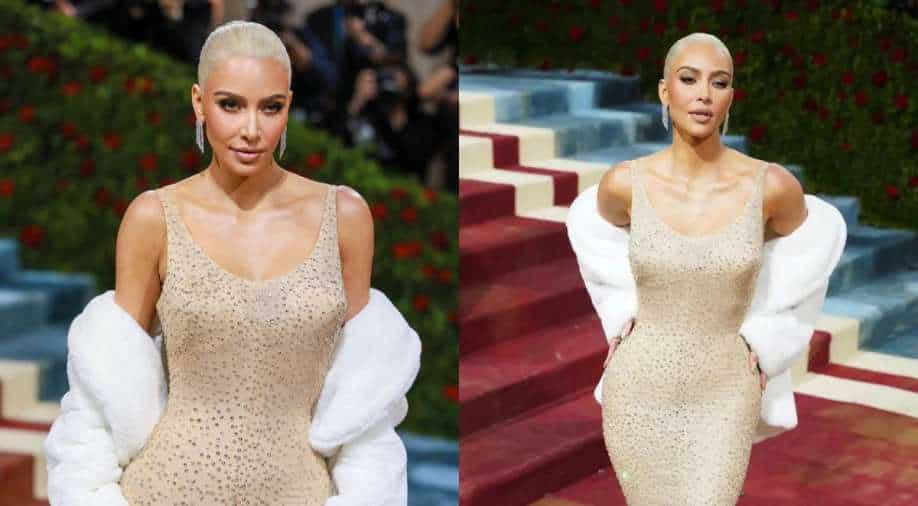 Kim Kardashian is not responsible for the damage of Marilyn Monroe's dress, says Ripley's Believe it or Not

A few days back, it was reported that the iconic dress, that Kim borrowed from Ripley's Believe it or Not, had gotten damaged. The museum had bought the dress at an auction in 2016 and Kim had lent it for Met Gala red carpet.

News of the damaged dress led to many assuming that it had been destroyed by Kim. But now Ripley's Believe It or Not! has refuted those reports and stated that it was "confident" that Kim had not caused any damage to the garment. The reality TV star received severe backlash online after photographs were posted on Instagram by a Monroe collector, Scott Fortner, claiming “significant” damage had been sustained.

The photos appeared to show significant buckling, ripping and even the loss of some of the crystals sewn onto the dress. There were also damages to the shoulder straps in a video shared by author Darrell Rooney.

Many pointed at Kim's eagerness to wear the dress for which she went on a crash diet in the weeks leading up to the fashion gala. She appeared in the original dress for the red carpet and accessorised it with a fur stole as she could not fully zip up the back. Kim later changed into a replica which was made to her size.

The company too received brickbats for allowing Kim to wear the heritage heirloom.

On Thursday, the company defended its decision to lend it to Kim and said the debate had been a helpful one for cultural conservation.

“Kim Kardashian’s walk up the Metropolitan Museum’s stairs at this year’s Met Gala caused quite the stir, but one thing Ripley’s Believe It or Not! can say with confidence is that it did not cause damage to Marilyn Monroe’s famed ‘Happy Birthday’ dress from 1962,” it said.

“Our mission is to both entertain and educate visitors and fans, and sparking conversations like the discourse around Marilyn Monroe’s dress does just that.

“No matter which side of the debate you are on, the historical importance of the dress has not been negated but rather highlighted. An entirely new of young people has now been introduced to the legacy of Marilyn Monroe," the statement further said.