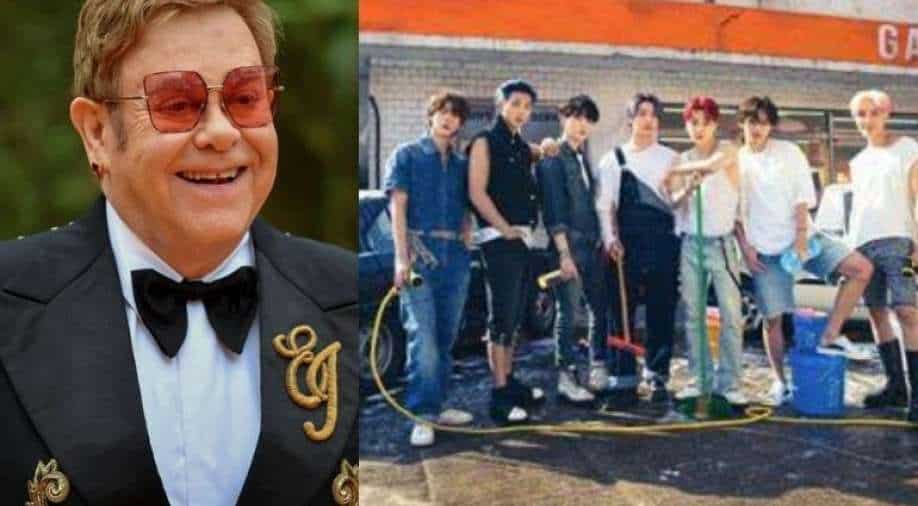 'Permission to Dance' has been co-written by Ed Sheeran in collaboration with Steve Mac, Johnny McDaid and Jenna Andrews.

He captioned the video, “When it all seems like it’s wrong Just sing along to @eltonofficial #PermissionToDance.” Official BTS Twitter handle wrote along a video of RM singing.

🎶When the nights get colder, And the rhythms got you falling behind 🎶 @BTS_twt #permissiontodance pic.twitter.com/3pDhkOiY35

A day after, Elton quickly responded with a video of his own. On Twitter, John posted a video of himself singing the line of the same song and, “Thanks, BTS. Love to the ARMY,” John said at the end of the video.

Elton also shared a dancing video of himself on his YouTube channel, in which he is dressed in a red and grey printed tracksuit with his signature white round-framed glasses.

John captioned his post, “When it all seems like it’s right, I sing along to @bangtantv #permissiontodance.”

'Permission to Dance' is BTS' newest single from their 'Butter' single album. Before this, BTS release 'Butter', which was the band’s second English single. It broke all records as it was released worldwide on June 21.

'Permission to Dance' has been co-written by Ed Sheeran in collaboration with Steve Mac, Johnny McDaid and Jenna Andrews.