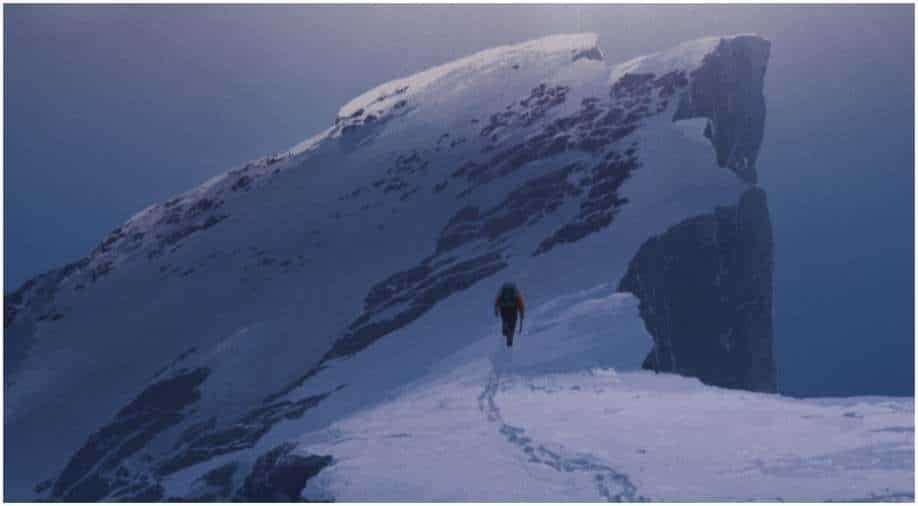 A still from ‘The Summit of the Gods’ Photograph:( Twitter )

On limited terms — capturing the physicality of mountain climbing within the ethereal medium of animation — “The Summit of the Gods” is distinctive.

Animation takes viewers where movie cameras don’t easily travel — to the upper reaches of the world’s highest mountains — in “The Summit of the Gods,” a French-language adaptation of a Japanese manga.

The object that sets the plot in motion is, fittingly, a camera: At a bar in Kathmandu, a photojournalist named Fukamachi (voiced by Damien Boisseau) is approached by a stranger eager to sell him what he claims was the camera George Mallory brought to Everest in 1924. Mallory and his climbing partner, Andrew Irvine, didn’t survive, but whatever images they shot might answer the question of whether they reached the summit. When Fukamachi subsequently sees a reclusive Japanese climber, Habu (voiced at different ages by Éric Herson Macarel and Lazare Herson Macarel), snatch the Vest Pocket Kodak, he suspects the device might be legit.

Employing a faintly “Citizen Kane”-like approach to structure, the movie’s first half alternates between Fukamachi’s investigations into what motivated Habu’s disappearance and flashbacks to Habu’s life, with the contents of the camera serving as the functional equivalent of Rosebud. Patrick Imbert, making his feature-directing debut, works with a plainness of line and motion and a subdued color palette that appear to owe more to certain anime artists than the textured illustrations of the original manga. Imbert is said to have drawn inspiration from the “Grave of the Fireflies” filmmaker Isao Takahata, among others.

The present action of this time-hopping film is subtly placed several years before the unmentioned real-life discovery of Mallory’s body, sans camera, in 1999. On limited terms — capturing the physicality of mountain climbing within the ethereal medium of animation — “The Summit of the Gods” is distinctive.