Leonardo DiCaprio, Brad Pitt remember working with Luke Perry with 'Once Upon a Time in Hollywood' 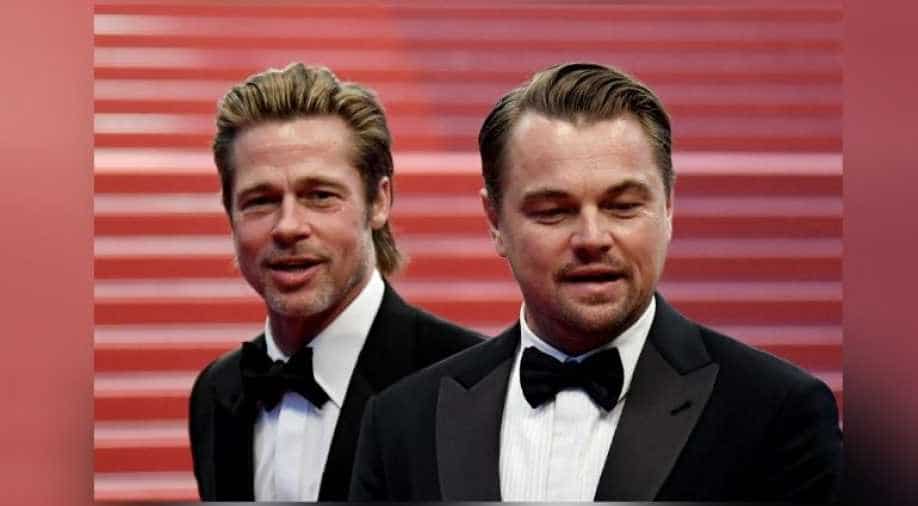 Brad Pitt and Leonardo DiCaprio at the premiere of 'Once Upon A Time In Hollywood' at Cannes. Photograph:( WION Web Team )

In an interview with Esquire magazine, DiCaprio and Pitt remembered having their fanboy moments on the sets when they met Perry, who died in March this year at the age of 52.

Leonardo DiCaprio and Brad Pitt, the stars of Quentin Tarantino's upcoming directorial 'Once Upon a Time in Hollywood', have recalled their experiences of working with the late Luke Perry on the film.

In an interview with Esquire magazine, DiCaprio and Pitt remembered having their fanboy moments on the sets when they met Perry, who died in March this year at the age of 52.

"I remember my friend Vinny, who is in the film as well, we walked in and we both had this butterfly moment of like, 'Oh my God, that's Luke Perry over there!'" DiCaprio said.

DiCaprio was among the many Hollywood celebrities who had condoled Perry's death on social media in March. Pitt exclaimed, "That's Luke f***ing Perry," as the actor reminisced about the fandom Perry witnessed during his 'Beverly Hills, 90210' days and how he used to follow the icon.

"We were like kids in the candy shop because I remember going to the studios and ('Beverly Hills') was going on and he was that icon of coolness for us as teenagers. It was this strange burst of excitement that I had, to be able to act with him.

"Man, he was so incredibly humble and amazing and absolutely committed. He couldn't have been a more friendly, wonderful guy to spend time with. I got to sit down and have some wonderful conversations with him. It was really special," the actor recalled.

'Once Upon a Time in Hollywood', which is Tarantino's ninth directorial, is an ode to the Hollywood of his childhood and explores how the Golden Age of the industry came to an end with the murder of actor Sharon Tate at the hands of the Manson Family cult in 1969.

The film marks last cinematic outing for Perry, who essayed the role of Scott Lancer, an actor in one of the shows Rick stars in.

'Once Upon a Time in Hollywood' had its premiere at the ongoing Cannes Film Festival. The film releases worldwide in July this year.