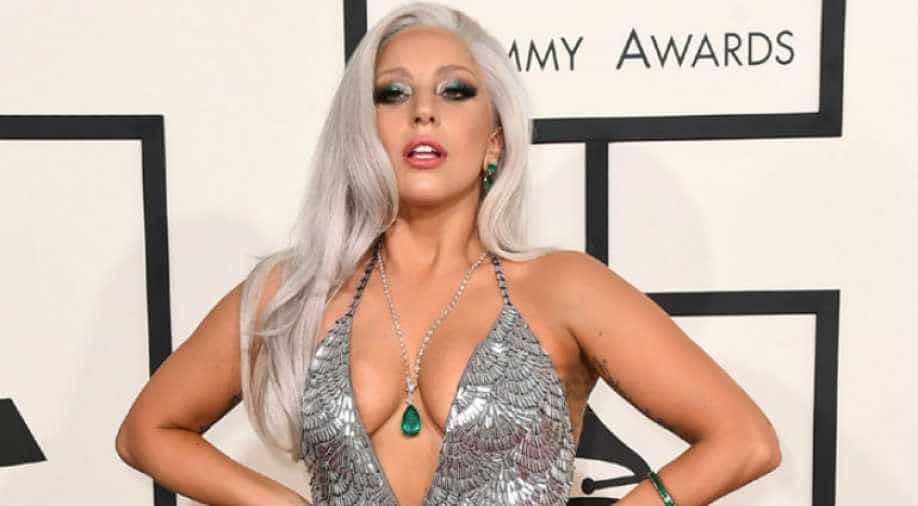 Gaga was earlier engaged to actor Taylor Kinney before they split after five years in July 2016. Photograph:( Others )

Lady Gaga is officially getting married.

The singer-actress finally confirmed her engagement to her Hollywood agent boyfriend, Christian Carino at the 25th Annual ELLE Women event in Los Angeles.

During an emotional speech at the event as she was honoured, Lady Gaga thanked her "fiancé Christian". She didn’t, however, mention the length of their engagement so we are not sure for how long the two have been engaged. Reports of their relationship surfaced when they were clicked kissing each other in February 2017 on the Super Bowl football field, ahead of the singer’s Halftime performance.

According to a US-based publication, Gaga and Carino are very much in love. “They haven’t set a wedding date yet. Christian isn’t in a rush, and Gaga is finishing her next album. Christian has children from his previous marriage, and he wants to make sure they’re comfortable with anything that happens,” stated the piece.

Gaga was recently seen in her Hollywood debut film ‘A Star Is Born’ as an actress in Bradley Cooper directorial. She stars as an aspiring singer who makes it big in life with Bradley as her mentor. The film is a romantic one, that has been remade for the fourth time.

She was previously engaged to “Chicago Fire” actor, Taylor Kinney. Kinney originally proposed to the singer on Valentine’s Day in 2015, but the former couple called off their engagement in July 2016.