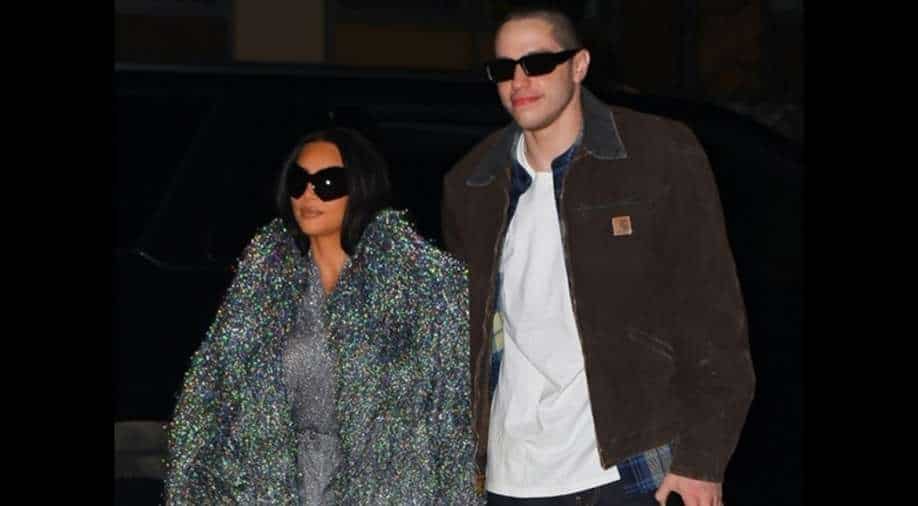 Kim Kardashian and Pete Davidson are in deep love!

After the internet spotted a new ink reads "Kim" on Pete's chest, Kim has confirmed that the star has made their months-long relationship somewhere permanent in his body.

Kim K, who recently made their relationship Instagram official,  recently appeared on the Ellen DeGeneres Show during which she talked about her boyfriend and his new tattoos that are dedicated to her.

When the host asked her if there was truth to the internet speculation that a 28-year-old 'SNL' star had gotten a tattoo of her name on his chest. To which, the mom-of-the-four said, "Yeah, he has a few tattoos — a few cute ones that he got."

"This one, the Kim one, isn't a tattoo. It's actually a branding," she added.

Kardashian further explained why Davidson chose to get branding and not a tattoo, "I think he was like I want something that's there that I can't get rid of … because he's in the process of getting rid of his arm tats and his neck tats, so he's like, 'I don't want to be able to get rid of it or to cover it up and I just wanted it there as a scar on me.' "

Further explaining, she said, ''He wanted to do something that was really different. The first tattoo he got, I was like, 'Oh, so cute. Thank you, oh my God,' you know? Second [tattoo] I'm like, 'Oh, that's so cute,' but that's what tattoo people do, right? They get tattoos of what's going on in their life."

She also revealed which of Davidson's tattoos is her favourite. "I think my favorite one, it says here, 'My girl is a lawyer,' and that one's really cute," Kardashian says while pointing to her left shoulder.