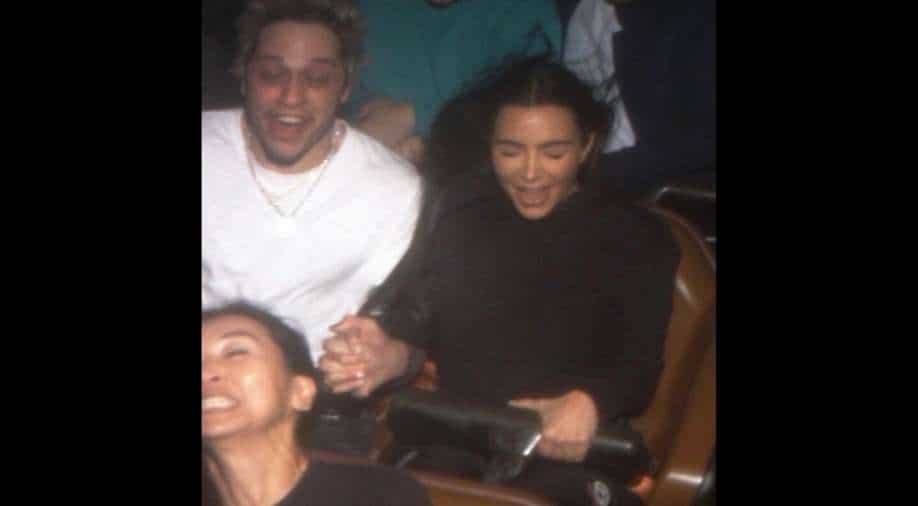 Dating rumours refuse to die down as Kim Kardashian and Pete Davidson continue to spend time with each other.

Dating rumours refuse to die down as Kim Kardashian and Pete Davidson continue to spend time with each other.
The reality star and the SNL actor were spotted on Tuesday night dining together on the comedian's native Staten Island.

According to media reports, the pair went to an Italian restaurant called Campania. Davidson reportedly booked the rooftop for them.

Rumours of the two dating started in October when they starred together in a sketch on 'Saturday Night Live' and even kissed. They played Jasmine and Aladdin.

Last weekend, Kardashian and Davidson were spotted together on a ride at an adventure park in Southern California. They were pictured holding hands while riding a roller coaster together.

A source told a magazine, they do "have chemistry."

"Pete can be super charming, and Kim loves the attention," the source added. Kardashian is "having fun and enjoying life" after her split from Kanye West.

"Her focus is still on her kids and work, but you can tell that she is ready to date," the source said. "She is very happy and in a good place. She has moved on from Kanye and feels it's for the best."

Kim and Kanye West announced their split in February 2021 after seven years of marriage. They share four children: North, 8, Saint, 5, Chicago, 3, and Psalm, 2.