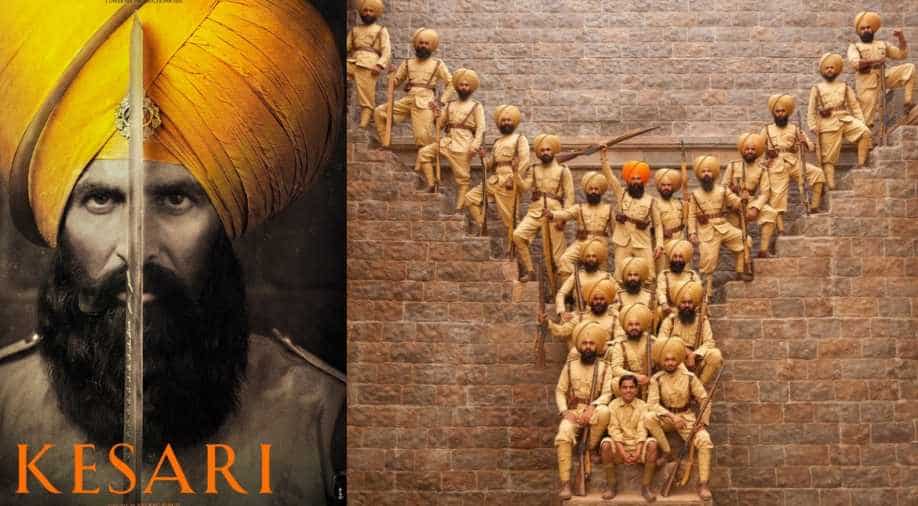 Set in 1895, the film has Akshay Kumar playing Havildar Ishar Singh who played the leading role in the Battle of Saragarhi

After teasing fans with posters and glimpses all of last week, Akshay Kumar finally unveiled the trailer of his next film 'Kesari' on Thursday. Set in 1895, the film has Akshay Kumar playing Havildar Ishar Singh who played the leading role in the Battle of Saragarhi where an army of 21 Sikhs fought against 10,000 Afghans.

Akshay took to Twitter to share the trailer of the film. " An incredible true story of valour, sacrifice & bravery - told like never before! #KesariTrailer out now," Kumar tweeted.

Akshay had previously shared three back to back teasers of his upcoming film.

The film also features Parineeti Chopra in a pivotal role and has been helmed by Anurag Singh. The film will hit theatres on March 21, giving fans a perfect Holi gift. 'Kesari'  has been co-produced by Dharma Productions and Akshay Kumar.

Apart from ‘Kesari’, Akshay will also be seen in `Good News` and `Mission Mangal`, while, Parineeti will soon star in `Sandeep aur Pinky Faraar` and `Jabariya Jodi'.