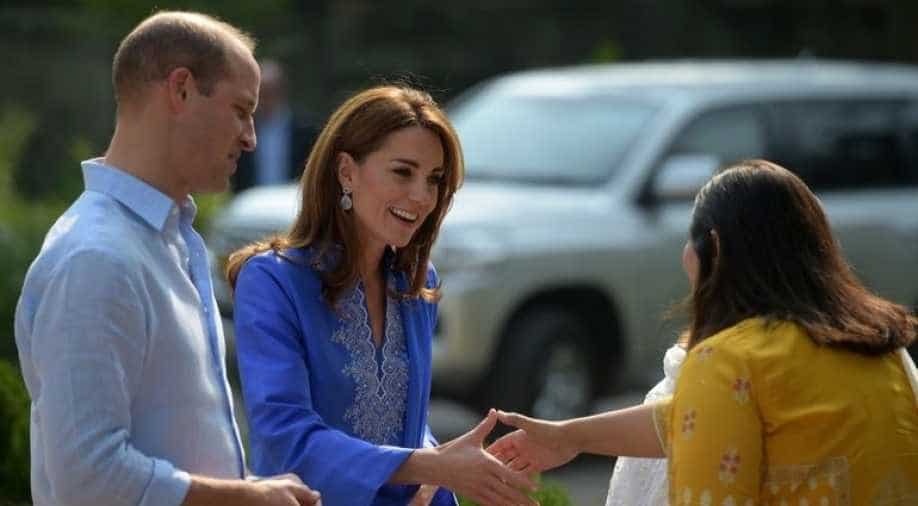 Most Pakistani fans of the couple thanked them for paying tribute to Pakistan's national dress and their culture.

The Duke and Duchess of Cambridge, Prince William, and Kate Middleton are in Pakistan for a 5-days visit and while the trip marks the prosperous relationship between Britain and Pakistan, its the Duchess who is earning maximum praises for her wardrobe choices.

Fans in Pakistan have been lauding Kate's subtle nod to the countries customs and traditions. The Duchess arrived on Monday with her husband dressed in a traditional Anarkali style tunic and straight pants. 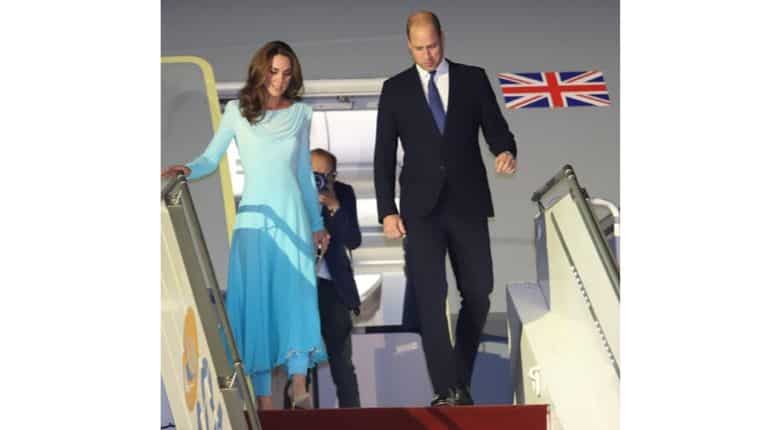 The Twitterati in Pakistan was quick to point out that the Duchess of Cambridge was wearing an outfit that was similar to what her mother-in-law Princess Diana chose to wear when she visited the country in 1996.

Princess Diana on her solo visit to Pakistan in 1996 had worn a light blue kurta and pants.

"Similarity of Princess Diana`s visit to Pakistan and now her daughter-in-law Duchess of Cambridge Kate Middleton`s visit. Look at Royalty and Grace," wrote one Twitter user tweeting pictures of Kate and Princess Diana.

Similarity of Princess Diana's visit to Pakistan and now her daughter in law Duchess of Cambridge kate Middleton's visit. Look at Royalty and Grace ❤#RoyalVisitPakistan pic.twitter.com/QT6d8oEJc8

Others thought her outfit gave the traditional attire of the country- the humble salwar-kameez, a modern twist.

On Day 2 of the royal tour, Duchess Kate visited a school in Islamabad, wearing a gorgeous embroidered blue salwar kameez by Pakistani designer Maheen Khan with a stole that that asymmetrical end.

At Islamabad Model College, The Duke and Duchess of Cambridge joined kindergarten, Grade 4 and A-level students to see how they are benefiting from the @TeachforPak programme. #RoyalVisitPakistan pic.twitter.com/Hp4i8BntXD

Later in the day, as she went to meet the heads of the state- the President of the country Dr Arif ALi and the PM, Imran Khan- she slipped into a green dress-tunic with white pants and green stole/dupatta. 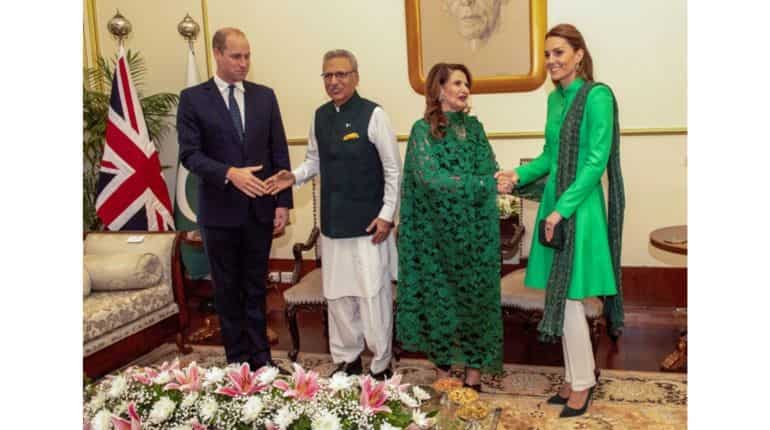 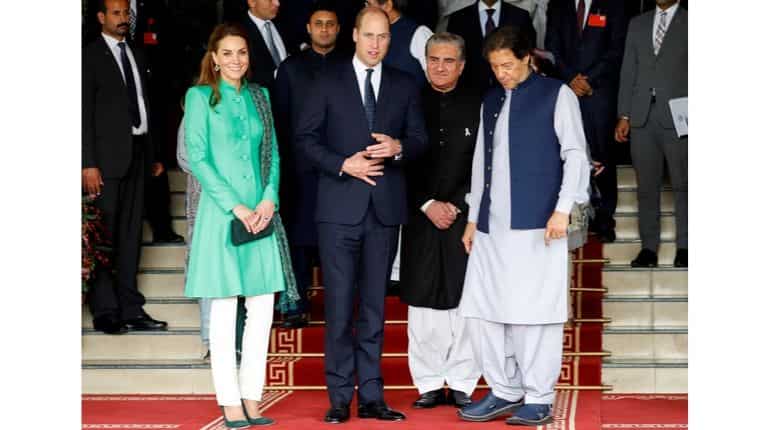 At night, both the Duke and Duchess of Cambridge changed into formal wear for a reception hosted by the British High Commissioner in Pakistan, Thomas Drew, at the National Monument in Islamabad.

The royal couple arrived in style in a tuk-tuk and while William wore a sherwani, Kate chose a floor-length green gown and accessorized her look with a dupatta. 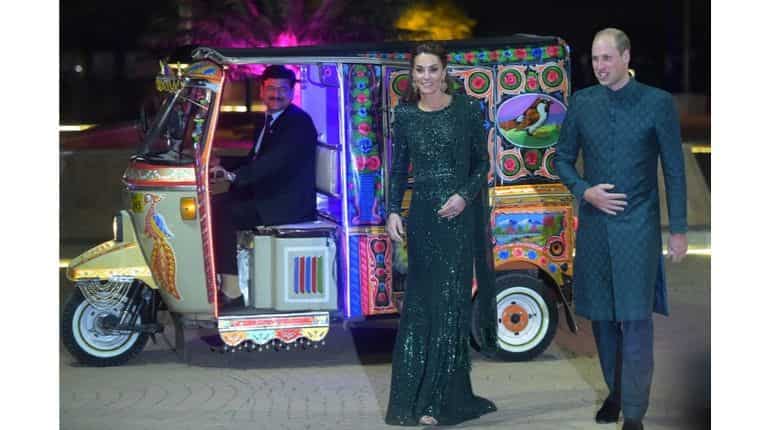 The Duke and Duchess of Cambridge tuk-tuk a ride to tonight's special #RoyalVisitPakistan reception at the iconic Pakistan National Monument, to celebrate the prosperous UK-Pakistan relationship 🇬🇧🇵🇰 pic.twitter.com/aZnBmGCUQZ

Most Pakistani fans of the couple thanked them for paying tribute to Pakistan's national dress and their culture.

Totally loving #KateMiddleton Pakistani style- the gorgeous green outfit is a beautiful tribute to our national flag. It’s making me want to dig out my own shalwar kameez suits now.. (along with my thermals!😊) #RoyalVisitPakistan #RoyaltourPakistan #PrinceWilliam #Cambridges pic.twitter.com/ArGLW6pwE4

She is slaying in our national dress😍 This is how they show love for our culture we should be proud of it 🇵🇰#RoyalVisitPakistan pic.twitter.com/jBBdJhiQSH

Can we appreciate this? Please? William a traditional Sherwani. Catherine in a gown but in green and she has a scarf on the side. THAT TOO IN GREEN BOTH OF THEM. Like? You got to appreciate this one 😭💚#RoyalVisitPakistan pic.twitter.com/4CIJILtq5o

The couple is on a five-day visit to the country.