Kate Middleton's shrugging off Prince William's touch has been taken out of context, states sources 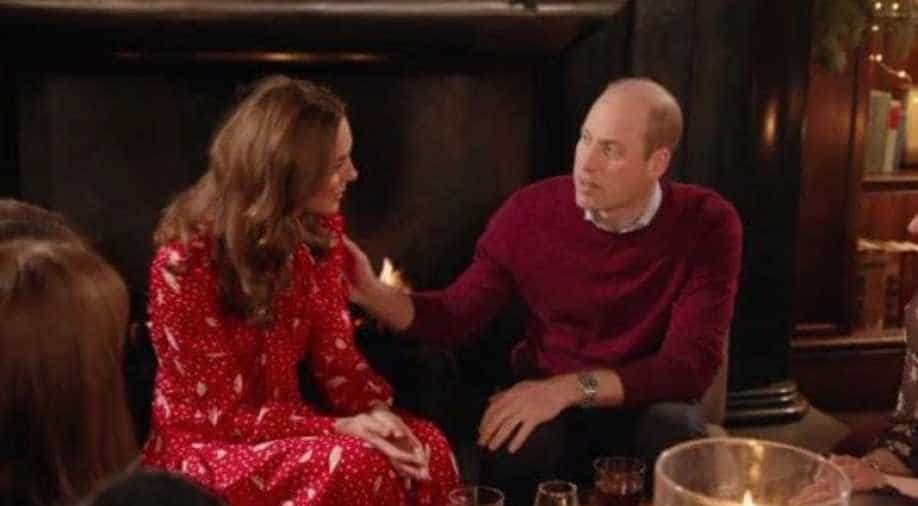 A few days back, the couple appeared on BBC's 'A Berry Royal Christmas' where at one point Kate was seen shrugging off William's touch.

There is no rift between Kate Middleton and Prince William even though a recent video of the couple seem to suggest.

A few days back, the couple appeared on BBC's 'A Berry Royal Christmas' where at one point Kate was seen shrugging off William's touch. The prince had then quickly turned away and continued talking to charity volunteers who had been invited to a special Christmas party.

The video immediately went viral with royal observers speculating that there might be a problem in their marriage.

But recent reports state that all is well between the two. A source close to the couple said that the clip was taken out of context.
‘There’s been no falling out between the Duke and Duchess of Cambridge’, a source was quoted as saying. Another source pointed out that if it was viewed in the wider context of the show, people would have got a different picture.

Kate and William were present at the royal family's traditional Christmas Day walk to church on Christmas morning with their children Prince George and Princess Charlotte. After the service, the family of four stopped to talk to crowds near the church. George, 6, and Charlotte, 4, who attended the Christmas Day service for the first time, received gifts from well-wishers.