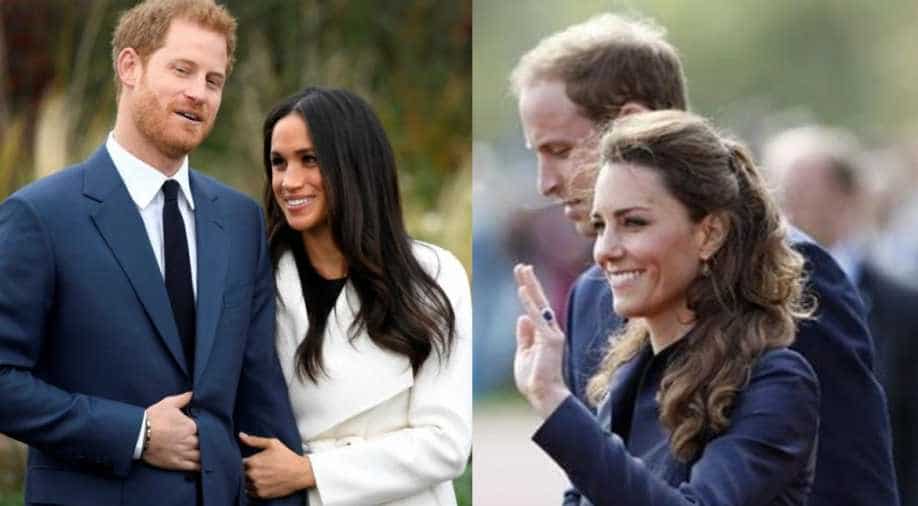 The charitable organisation was originally known as `The Royal Foundation` when it was founded in 2009 by the royal brothers, William and Harry.

Kate Middleton and Prince William have officially changed the name of their charity which they previously shared with Meghan Markle and Prince Harry.

The organisation`s name has officially been changed to reflect the exit of Harry and Meghan.

The charitable organisation was originally known as `The Royal Foundation` when it was founded in 2009 by the royal brothers, William and Harry.

The two royal couples announced their split earlier this year."These changes are designed to best complement the work and responsibilities of Their Royal Highnesses as they prepare for their future roles, and to better align their charitable activity with their new households," a statement from Kensington Palace explained at that time.

E! News confirmed in July that Meghan and Harry`s new organisation will be called `Sussex Royal The Foundation of the Duke and Duchess of Sussex` or `Sussex Royal` for short.

While the paperwork is all set, the new name is not yet in effect on the foundation`s website. Despite rumours of a feud, the royal pairs put on a united front when it came time to announce the news of their organisational split.

"They are especially proud to have established a charity that has had, and will continue to have, significant long-lasting impact, changing lives for the better," the statement added.

In the spring, the royal couples separated their joint "court" at Kensington Palace by creating two different offices.

Meghan and Harry`s office moved out of Kensington Palace and into Buckingham Palace, where the Queen resides.

William and Kate`s office is still in Kensington Palace, where they live with their three children. Since then, Meghan and Harry have moved to Windsor Castle`s Frogmore Cottage with their son Archie and launched their own Instagram page.