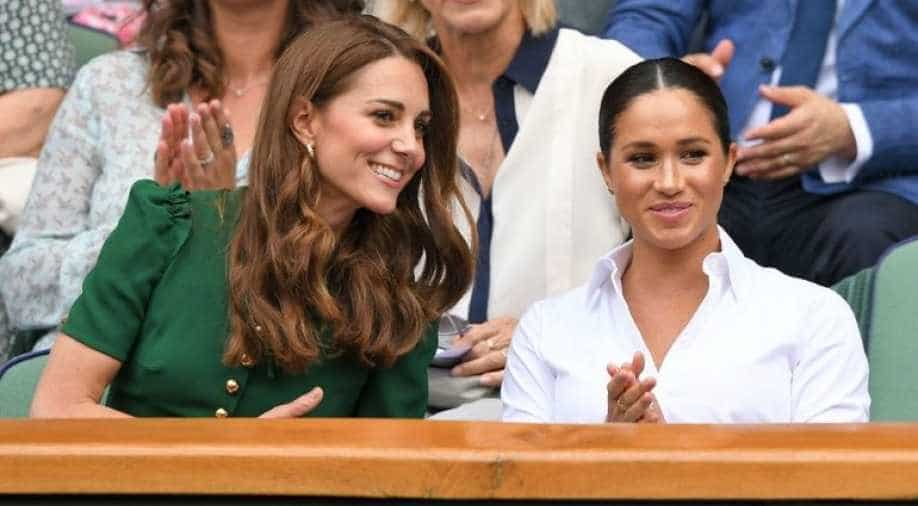 A recent report in a magazine states that tensions started brewing between Meghan and Kate in 2018 when the former was about to get married to Prince Harry.

The rift between Prince William and Prince Harry is now a well-known fact. It is also known that the wives of the two brothers didn't get along from the beginning and that caused further tension between the couples. Now a recent report in a magazine states that tensions started brewing between Meghan and Kate in 2018 when the former was about to get married to Prince Harry.

A report in Tatler states that the spat between the two Duchess happened over Princess Charlotte who was one of the bridesmaids at Harry and Meghan's wedding. Meghan did not want her little bridesmaid to wear tights while Kate, being more conventional insisted that her daughter and others wore tights as per tradition.

"There was an incident at the wedding rehearsal," the source said. "It was a hot day and apparently there was a row over whether the bridesmaids should wear tights or not."

"Kate, following protocol, felt that they should. Meghan didn't want them to."

Pictures from the wedding at St George's Chapel, Windsor, appear to show the six bridesmaids with bare legs, while photographs from Prince William and Kate's wedding in April 2011 show bridesmaids wearing tights.

Another friend of Kate's sates that the Duchess of Cambridge feels exhausted because of the added responsibility that has come her and William's way after Harry and Meghan quit their roles from the royal family.

The couple, who also have sons George, six, and Louis, two – have made several appearances by video link during the lockdown, while Harry and 38-year-old Meghan are setting up their new life with son Archie, one, in Los Angeles.

The friend adds that Kate would ideally want to be a hands-on parent to her children but owing to the royal responsibilities is unable to devote as much time to them.

Ryan Reynolds' message to India: Hollywood is now mimicking Bollywood; we have no shame