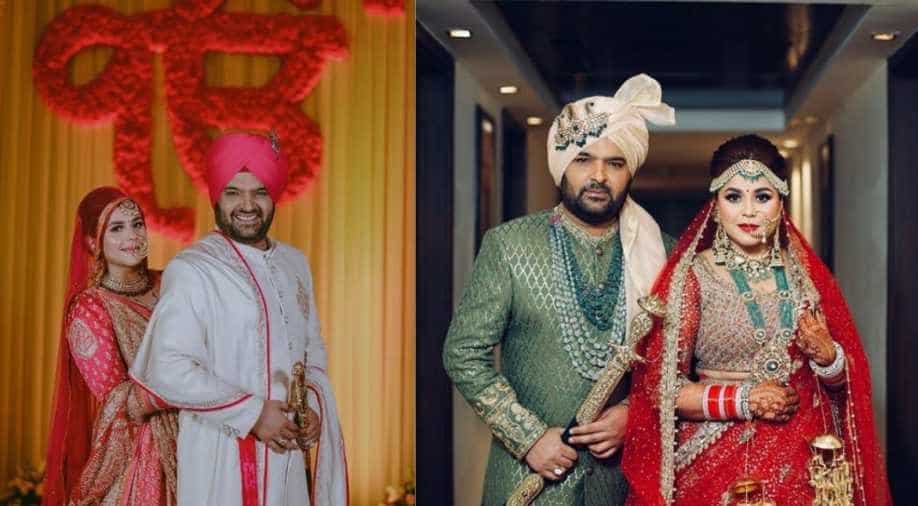 The comedian took to Twitter in the early hours of Tuesday to announce the birth of his baby girl.

Popular TV host and comedian Kapil Sharma and his wife Ginni Chathrath have been blessed with a baby girl. The comedian took to Twitter in the early hours of Tuesday to announce the birth of his baby girl.

"Blessed to have a baby girl. Need your blessings. Love you all," Kapil tweeted.

This the couple's first child together.

Kapil and Ginni tied the knot in December 2018 in a private ceremony in Jalandhar. The couple later hosted two receptions- one in Amritsar and the other in Mumbai which was attended by many B-Town celebrities.

The host of 'The Kapil Sharma Show', the comedian had announced Ginni's pregnancy earlier this year while speaking to a daily. "I just want to take care of my wife and be by her side for now. We are obviously very excited as it's our first kid but my mother is the most excited. She has been waiting for this moment for years now. We are just praying for Ginni and the baby's health."

A popular face on Indian television, Kapil rose to fame with the show 'Comedy Nights With Kapil'. He has also acted in Bollywood films like 'Kis Kisko Pyaar Karoon' and 'Firangi'.

Priyanka Chopra Jonas begins prep work for 'Text For You'