'Kalank' trailer: Karan Johar's film is all about love, family and the Partition 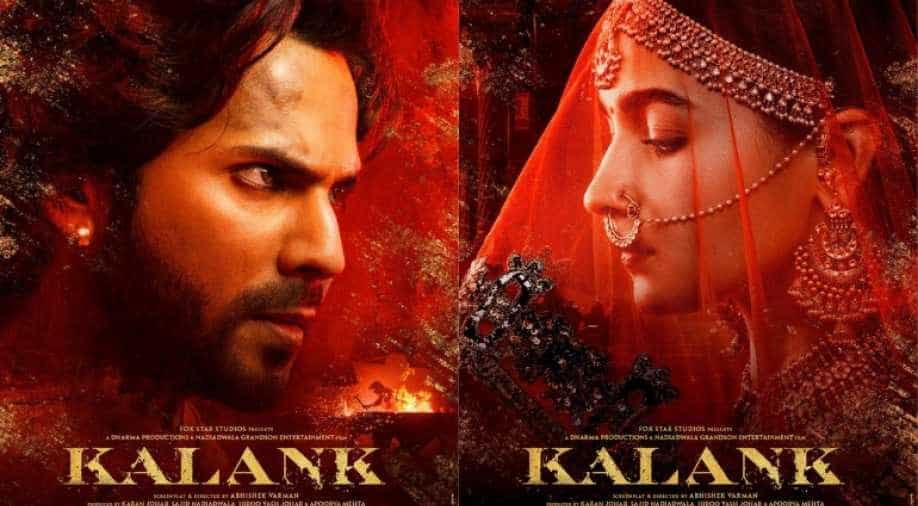 The film is slated to release on April 17.

From grand sets to bright colours, the ‘Kalank’ trailer reveals that Karan Johar’s upcoming production will be a sure shot visual spectacle.

Starring Alia Bhatt, Varun Dhawan, Aditya Roy Kapur, Sonakshi Sinha, Madhuri Dixit and Sanjay Dutt for the first time together -- ‘Kalank’ is a period drama that has layers of love between the characters. The film is set in the pre-Independence era and the trailer shows portions of violence at the time of Partition.

The trailer establishes Aditya Roy Kapur and Alia Bhatt as a married couple while Alia and Varun are clearly in love and are torn between responsibilities and love for one another. Aditya doesn't love his wife and tells it in as many words when he is seen on his wedding night telling Alia that their relationship will have respect but not love.

All characters barring maybe Varun come from a decently rich background as they are shown living in grand heritage palaces.

You will also see glimpses of Madhuri Dixit speaking with Kiara Advani who was earlier seen in a song from the film with Varun Dhawan. There’s also a song picturised on Kriti Sanon. See pictures from their teaser launch event.

The film will come out in the theatres on April 17.