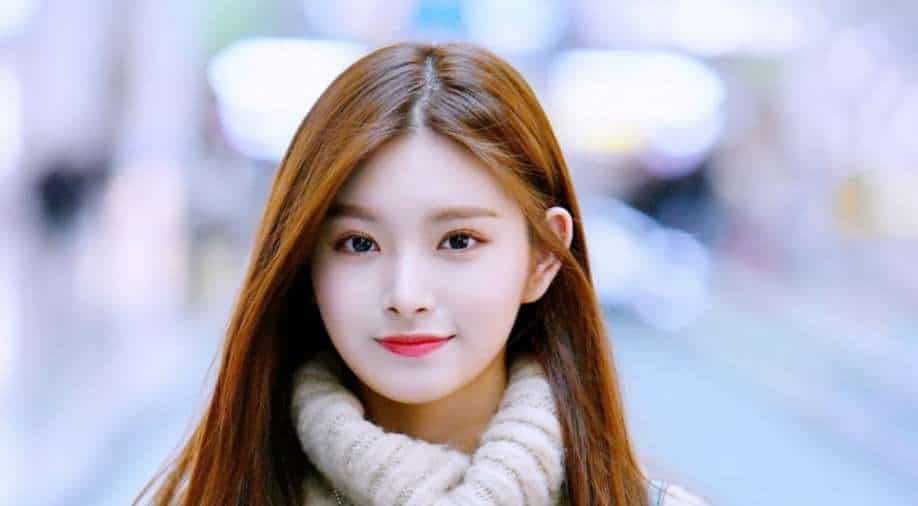 K-pop star Wang Yiren is being criticised in South Korea after she did not kneel before fans in Seoul during a performance.

K-pop star Wang Yiren is being criticised in South Korea after she did not kneel before fans in Seoul during a performance. Wang is a member of the K-pop band Everglow and decided to make a Chinese gesture while her bandmates kneeled in front of fans.

Wang's gesture has drawn in widespread criticism and she has even been racially abused for the incident that took place earlier this month.

Footage of the performance in early January went viral and has caused outrage in South Korea. Wang performed a Chinese hand signal which has outraged her Korean fans.

The singer made a fist and palm salute to express thanks and New Year greetings, a gesture common in her homeland. Meanwhile, her Korean colleagues knelt in front of the audience.

The act of kneeling is no longer prevalent and considered inappropriate in China. The gesture is regarded as servile. However, it remains alive in South Korea and is considered the ideal way to greet others and offer thanks.

Wang's gesture has earned her severe backlash in Korea with many fans asking the singer to "Go back to China" and not "earn money in Korea. "

“All this shows that the Chinese are arrogant and have no respect or consideration for other cultures,” a commenter wrote on K-pop news site allkpop.

“Stop making Korean money and go back to your country then,” another one added. Wang's Chinese fans have come out in support of the singer, reminding that the people from China do not kneel down.

Meanwhile, on Sunday, Yehua Entertainment- which manages the members of the band Everglow, announced that Wang would be taking a break from the group and would return to her native China. According to the statement issued, the singer will be at home till February and concentrate on her studies.

Wang too issued a statement saying that she wanted to go home and see her family, adding that she hadn't seen them since the beginning of the pandemic.

The band will continue with its schedule with the remaining five members.