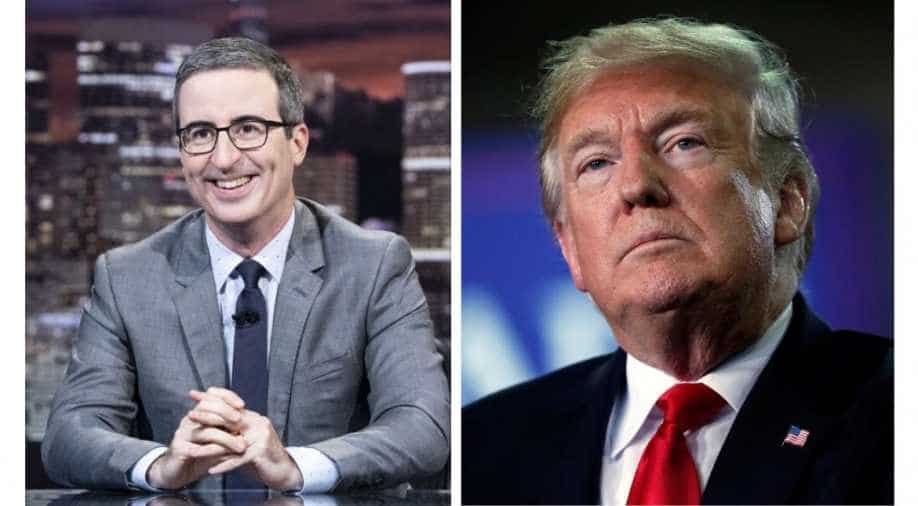 John Oliver took on the US President Donald Trump in lieu of his comments on coronavirus. On his Last Week Tonight show, the popular US TV host addressed issues surrounding the widespread coronavirus crisis.

As Trump and the Centers for Disease Control and Prevention said it's not a matter of "if, but when" the virus will spread in the U.S. At the same time, "one of Trump's top advisers" was on TV saying that "we have contained this. I won't say airtight, but pretty close to airtight” -- John Oliver replied, "Well, which is it? Because airtight vs. close to airtight is a pretty crucial distinction. It's the difference between having a working submarine and a cool metal tube to die in."

John Oliver also played a clip from a press conference in which he said he was putting Vice President Mike Pence "in charge" of a task force managing the crisis, which led to some confusion among the reporters about whether Alex Azar, Secretary of Health and Human Services, was still overseeing the government's response to the crisis.

"Trump didn't seem interested in clarifying their roles, or, indeed, really being there at all," Oliver said, showing a clip of Trump walking out of the press conference amid the confusion.

John said, "He just left," Oliver said. "This was a press conference meant to calm the nation, and with the most basic question of who would be running things seemingly up in the air, he just fucked right off," Oliver said. "I know we used to only see 'Businessman Trump,' but it is nice to occasionally get a glimpse of the absentee father in him too."