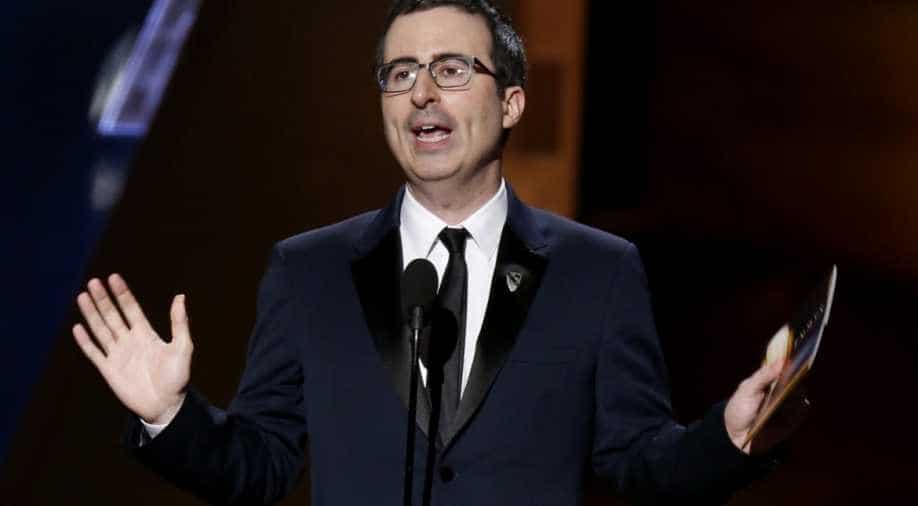 John Oliver's show 'Last Week Tonight' wrapped up its season 7 with the mood that would resonate with everyone.

Comedian John Oliver's show 'Last Week Tonight' wrapped up its season 7 with the mood that would resonate with everyone. The comedian blew up the year 2020 in his own way and called the year an absolute "Parade of misery".

Oliver closed his final show of the year by telling 2020 it could "go f*** itself". The late-night show host had a blistering assessment of "terrible" 2020 and highlighted the bad events of the year from the coronavirus pandemic, the Australian wildfires and mass unemployment.

He also noted the deaths of actor Chadwick Boseman, civil rights icon John Lewis and former US Supreme Court Associate Justice Ruth Bader Ginsburg, as well as videos of police brutality in the wake of George Floyd`s death. "This year has been an absolute parade of misery," the host said toward the end of Sunday`s Last Week Tonight season finale.

Stepping outside of his makeshift studio for the first time since the start of the coronavirus pandemic, Oliver again found himself in front of a giant set of numbers to mark the year." In January alone, Australia was being ravaged by wildfires, Kobe Bryant died, and for a few days, it really seemed like America was about to go to war with Iran. That was all this year," the comedian said.

"And that was before the coronavirus exploded and everything got even worse: mass unemployment, evictions, that video of those celebrities singing `Imagine.` It was really terrible," he added.

After citing the deaths of Chadwick Boseman, John Lewis, and Ruth Bader Ginsburg, Oliver walked away from the giant white "2020" sign.

"This year ruined lives, jobs, concerts, and sanity," he said. "It also brought a new wave of wrenching videos of police brutality that brought on a national reckoning with race and a ferocious and depressing backlash. And sure the presidential election ended well, but it was grim to live through--and Trump won`t actually leave office until next January."

Having found himself at a safe distance from the sign, Oliver pulled out what looked like a detonator. "Let tomorrow be about solutions," the host said as dramatic music swelled. "Today is about vengeance. F**k you, 2020. Get f***ed."

With that, he pressed a button and the sign exploded in a blaze of glory.

"As a parting gift to the country, Trump is somehow managing to divide us even further while also hobbling his successor at the worst possible time which is absolutely unforgivable," he said.

"At least in the short term, things are going to suck for a while, but we have to try and repair this damage," he added.