John Cena posts a picture of Ranveer Singh on his Instagram, actor says 'can't see me' 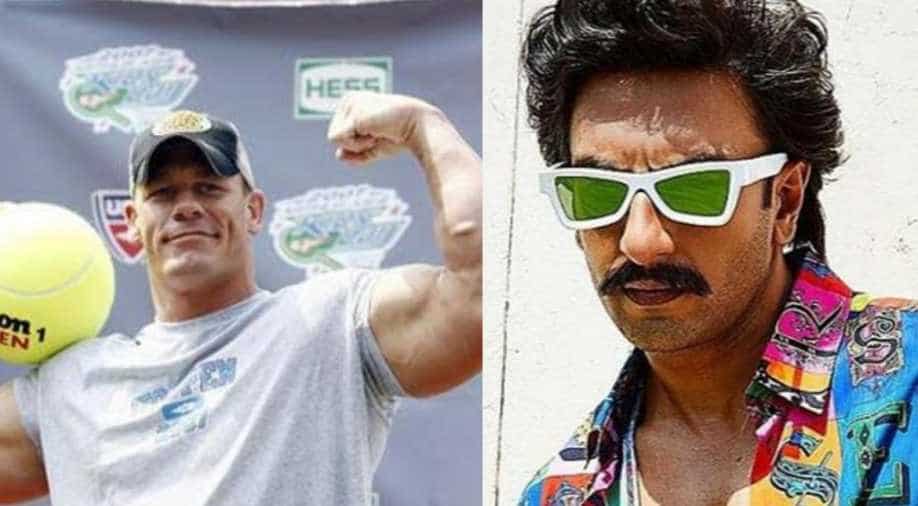 The photo that John Cena shared on his page is that of Ranveer wearing a lurid shirt with glaring prints as he poses with white sunglasses.

Ranveer Singh seems to have caught the fancy of wrestler-turned-actor John Cena as the Bollywood star recently featured on the latter’s Instagram page.

The photo that John Cena shared on his page is that of Ranveer wearing a lurid shirt with glaring prints as he poses with white sunglasses. The shirt is half-open as he can be seen showing off his chest in the picture. Keeping true to his usual posts, John did not caption the post and left it to his fans to comment and interpret the picture.

Among the first to comment was Ranveer himself who spotted it early on and commented, “Can’t see me.” The comment is naturally a call back to the wrestler’s catchphrase from his WWE days.

This is not a one-off case for John as the wrestler keeps posting random pictures on his profile. Ranveer has featured on his timeline one time before when John posted a photo of his from his ‘Gully Boy’ days with ‘Apna Time Aayega’ written on the photo as Ranveer can be seen rapping in a still from the movie.

Meanwhile, Ranveer will next be seen in Kabir Khan’s ’83 where he essays the role of cricketing legend Kapil Dev. The film traces the unexpected victory of Indian cricket team in the 1983 cricket World Cup. He will also soon start work on Karan Johar’s historical drama, 'Takht'. The film will also feature Vicky Kaushal, Kareena Kapoor, Alia Bhatt, Janhvi Kapoor, Aditya Roy Kapur and Anil Kapoor, among others.