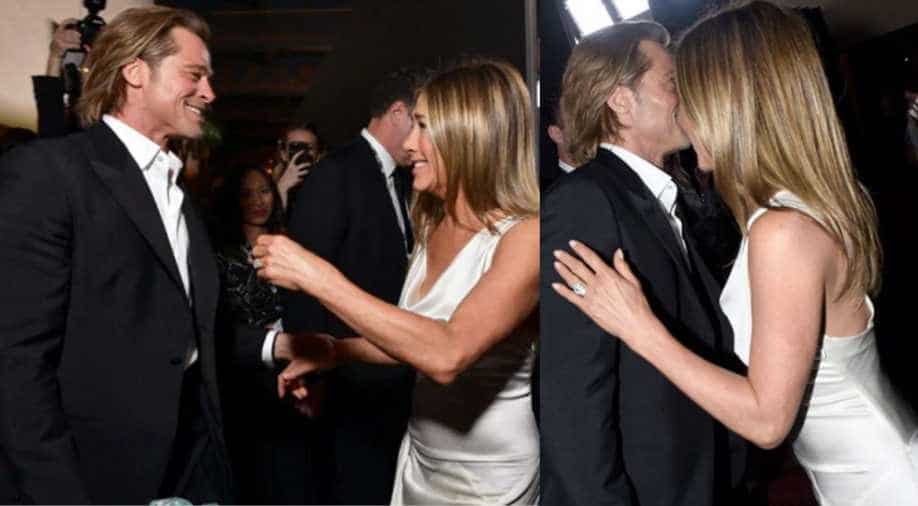 On Sunday, as Jennifer Aniston and Brad Pitt both picked up acting honours at the Screen Actors Guild Awards 2020, fans were most excited about the two stars catching up briefly backstage.

Both of them looked really excited to see the other take their win home, the former married couple showed that there are no hard feeling between them.

Shortly after her win, Extra TV caught Jennifer and revealed to her how Pitt watched her via monitor backstage. To which Jennifer responded and said, "That`s so sweet. It`s just, we`ve all grown up together, we really have and it just feels like a really fun night to celebrate and, you know, cheer each other on and keep working."

Jennifer won for her outstanding performance in the drama series `The Morning Show`, while Brad Pitt took home the best-supporting actor award for Quentin Tarantino's 'Once Upon A Time In Hollywood.'

As photos of their mini reunion backstage started doing the rounds of the internet, rumours of them getting back too floated around.
The two actors were married from 2001 to 2005 and separated when Brad Pitt started dating Angelina Jolie.