Jennifer Aniston recalls how filming 'Friends Reunion' was hard: 'had to walk out at certain points' 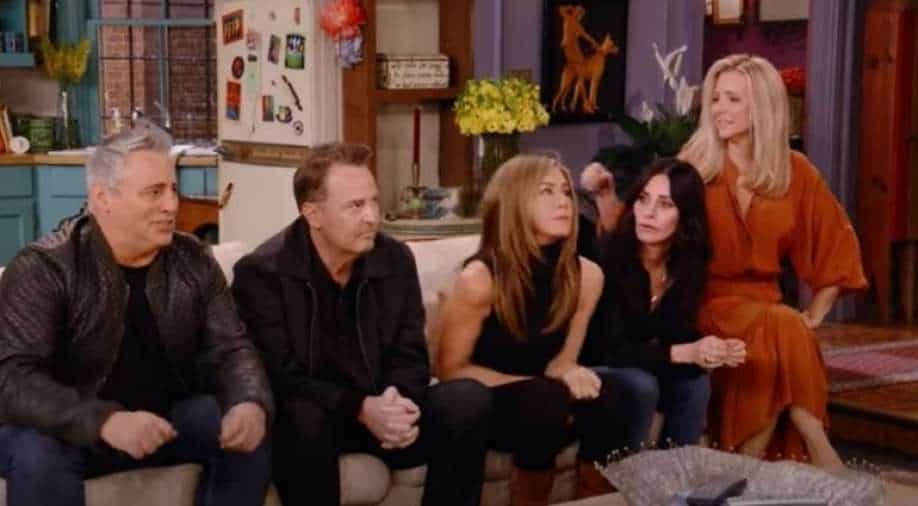 Jennifer Aniston and her other Friends co-star returned for the special reunion of the iconic show, earlier this year. The unscripted episode was an emotional yet nostalgic ride for all its millions of fans but was a whole different feeling for the original cast of six walkings back to the set 17 years after the show ended.

Aniston, who played the iconic character of Rachel on the show, opened up about the heavy emotions she experience while filing the spaicial.

In an interview with THR, the actress said, "Time travel is hard."

''I think we were just so naive walking into it, thinking, 'How fun is this going to be? They’re putting the sets back together, exactly as they were.' Then you get there and it’s like, 'Oh right, I hadn’t thought about what was going on the last time I was actually here.''

Talking further, Aniston added, ''And it just took me by surprise because it was like, 'Hi, past, remember me? Remember how that sucked? You thought everything was in front of you and life was going to be just gorgeous and then you went through maybe the hardest time in your life?' It was all very jarring and, of course, you’ve got cameras everywhere and I’m already a little emotionally accessible, I guess you could say, so I had to walk out at certain points. I don’t know how they cut around it.''

For the special episode, the six cast members - Aniston, Courteney Cox, Lisa Kudrow, Matthew Perry, Matt LeBlanc, and David Schwimmer returned to their old soundstage, Stage 24 on the Warner Bros. California, and relived the moment by sharing all the lough, tears and fears they have shared together on the set for 10 years.

Talking further, Jennifer talked about her personal stuff and how her career changed after the 'Friends'

''The career was one thing. I didn’t know what was coming, and that’s been nothing but blessed. It’s a different caliber of work but I love it, no matter what, even if it’s a terribly reviewed, dumb comedy, it doesn’t matter if it brings me joy,'' she said.

''It was more personal stuff that I had expectations about that sort of shape-shifted, so to speak. That was what was jarring, that we all had an idea of what the future was going to be and we were going to go hunker down and focus on this or that and then it all just changed overnight, and that was it. But again, everything’s a blessing if you’re able to look at life’s ups and downs in that way. And if it all hadn’t happened, I would not be sitting here the woman that I am,'' The morning show actress concluded.