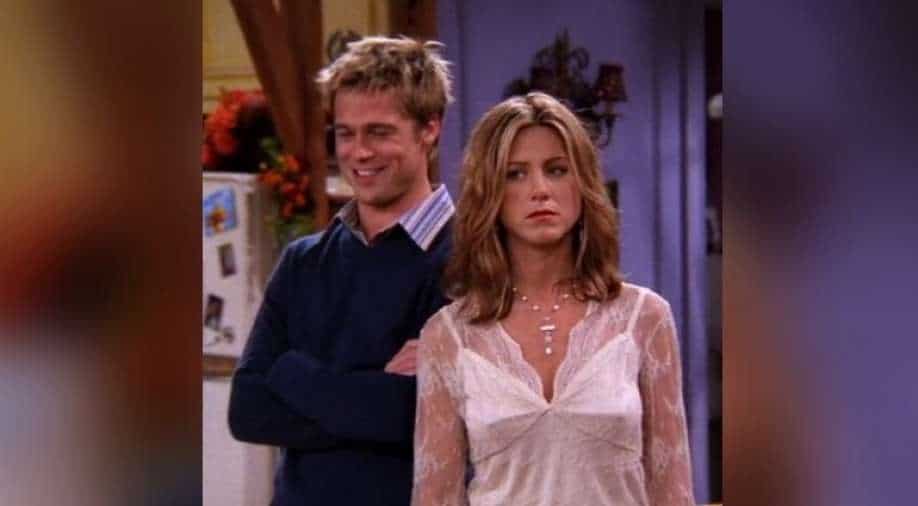 Brad Pitt featured in one episode on Season 8 of 'Friends' Photograph:( Others )

Brad Pitt had a cameo on the Season 8 episode, `The One with the Rumor`

Popular sitcom 'Friends', which ran from 1994 to 2004 featured some of the most prominent names of Hollywood as guest stars over the years. 17 years on as the cast came together for a special reunion episode, Jennifer Aniston was asked who was her favourite guest star, and she picked her ex-husband Brad Pitt.

Aniston, who played Rachel Green in the insanely popular series, told Access Hollywood that her ex-husband, Brad Pitt, was one of her favourite guest stars. "Mr Pitt was wonderful, (he was) fantastic," she said.

Pitt had a cameo on the Season 8 episode, `The One with the Rumor`. He portrayed Will Colbert in the annual Thanksgiving episode, who still hated Rachel from high school, which made for an awkward dinner.

The couple were married back then.

The special reunites Aniston, Cox and Kudrow with co-stars David Schwimmer, Matt LeBlanc, and Matthew Perry on screen for the first time since the sitcom ended in 2004.

The reunion was filmed on Stage 24, on the Warner Bros. Studio lot in Burbank, California, where the show was originally shot. It was set to be filmed in 2020 but faced delays due to the coronavirus pandemic.

`Friends: The Reunion` streams on HBO Max on May 27, this year. Indian fans will be able to watch the reunion special on Zee5.