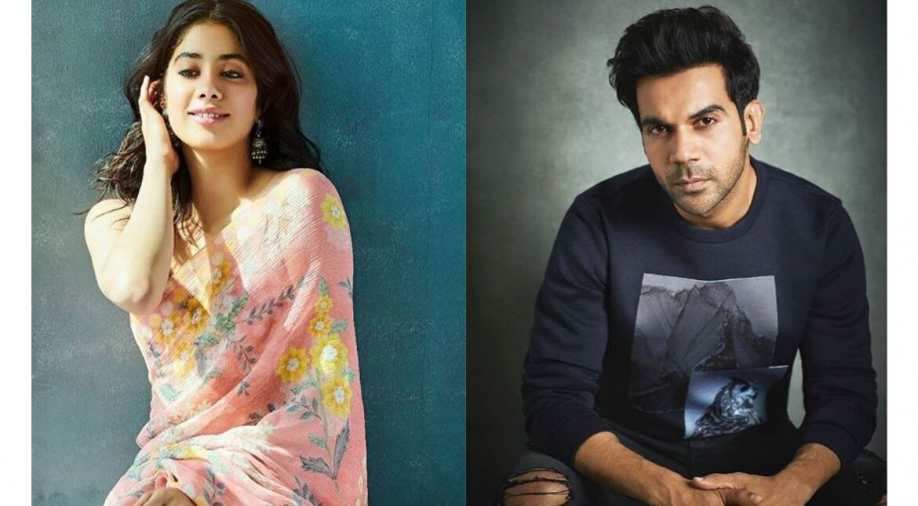 The upcoming flick marks the first collaboration between newbie Janhvi and the 'Citylights' actor along with 'Fukrey' fame Varun Sharma.

Good news for fans waiting to see Rajkummar Rao and Janhvi Kapoor on screen! Release date of the duo's 'RoohiAfza' has been finalised and the film will hit big screens on April 17, next year.

With Hardik Mehta in the director's chair, the movie is being bankrolled by Dinesh Vijan and Mrighdeep Singh Lamba who has written the script with Gautam Mehra.

The crew began filming earlier in June and Rajkummar shared the news with fans on Twitter.

Earlier, the film was titled 'Rooh-Afza' and was renamed later. As per media reports, Janhvi will play a double role in the film and both her characters namely Roohi and Afsana will be contrasting personalities.

She will also be seen in 'The Kargil War', a biopic based on Gunjan Saxena, one of the first female pilots of the country to fly in combat. Meanwhile, Rajkummar is awaiting the release of 'Made in China' which will open in theatres around Diwali this year.