Is Ellen DeGeneres not hosting the 'Friends' reunion episode? 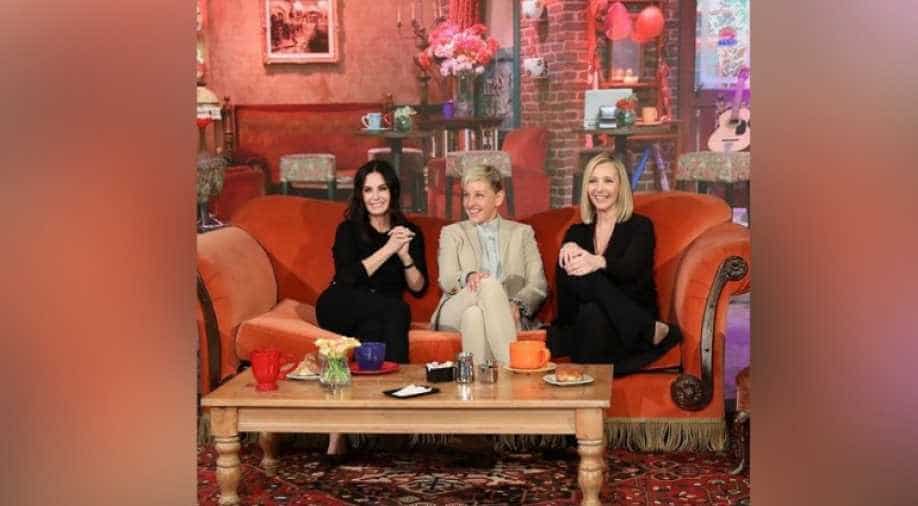 Ellen has been mired in controversy in recent weeks as `The Ellen DeGeneres Show` faced scandal after allegedly fostering a toxic work environment.

When 'Friends' reunion was announced earlier in February 2020, no one could have anticipated how the year would pan outr. The six stars of the popular sitcom had shared similar posts on their social media in February announcing the highly anticipated reunion episode.

Reports following the announcement indicated that the reunion episode would be filmed in early April and be telecast on HBO Max in May. The show was to be an unscripted one with popular chat-show host Ellen Degeneres moderating the event.

Six months down the line, with the pandemic crippling every industry across the world, the highly anticipated reunion is yet to be filmed and Ellen is dealing with a massive controversy of toxic workplace environment on her sets. A recent interview with actress Lisa Kudrow also indicates that Ellen may not be hosting the show.

Lisa played the character of Pheobe in the show and in a recent appearance on Andy Cohen`s SiriusXM show `Radio Andy to', she revealed that she doesn't know if Ellen would be hosting the event.

During the chat, Kudrow addressed rumours that comedian Ellen DeGeneres has been tapped to moderate the unscripted TV event, which has since been delayed due to the pandemic.

After 52-year-old show host Cohen asked Kudrow whether it`s true that DeGeneres would host the reunion, to which she said, "I don`t know that that`s been decided."

Ellen has been mired in controversy in recent weeks as `The Ellen DeGeneres Show` faced scandal after allegedly fostering a toxic work environment. She has since apologised to her staff, and three top producers have parted ways with the show.

Staffers on the show also recently learned that they will now receive increased benefits.

Teasing the premiere of the show`s 18th season coming September 21, DeGeneres said in a statement that she will address the controversy on the broadcast. "I can`t wait to get back to work and back to our studio," she said, adding, "Yes, we`re gonna talk about it."

As for the `Friends reunion`, the special is set to reunite the entire cast on the comedy`s original soundstage, but due to the ongoing coronavirus shutdown, the production dates have yet to be determined.