Irrfan Khan's health deteriorates, admitted in a hospital in Mumbai 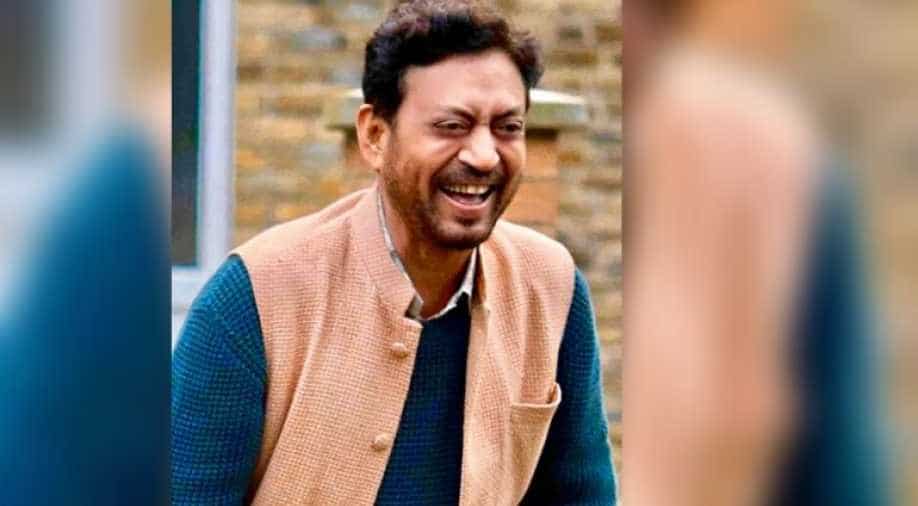 According to reports, the actor has been admitted to Mumbai`s Kokilaben Dhirubhai Ambani hospital.

Actor Irrfan Khan has been hospitalised in Mumbai amid lockdown. According to reports, the actor has been admitted to Mumbai`s Kokilaben Dhirubhai Ambani hospital.

According to media reports, the actor's health suddenly deteriorated as a result of which he was immediately rushed to the hospital. He is currently in the ICU ward of the hospital and his wife Sutapa Sikdar and his two sons are with him.

An official spokesperson issued a statement on Irrfan Khan’s health: “Yes it is true that Irrfan khan is admitted to ICU at Kokilaben in Mumbai because of a colon infection. We would keep everyone updated. He is under doctor’s observation. His strength and courage have helped him battle and fight so far and we are sure with his tremendous willpower and prayers of all his well wishers, he will recover soon”.

The actor has been ailing ever since he was diagnosed with a neuroendocrine tumour in March 2018. He has been under medical attention for the same since then.

The actor`s mother Saeeda Begum breathed her last on Saturday in Jaipur where she used to stay but Irrfan was unable to attend her last rites due to the ongoing lockdown. Irrfan reportedly paid his last respect through video conferencing.

The actor`s latest film, 'Angrezi Medium' was the last Bollywood release before COVID-19 forced a complete shutdown of cinema halls and the country went into lockdown. Directed by Homi Adajania, 'Angrezi Medium" ran in theatres for just a day. The film has eventually released in the OTT space.