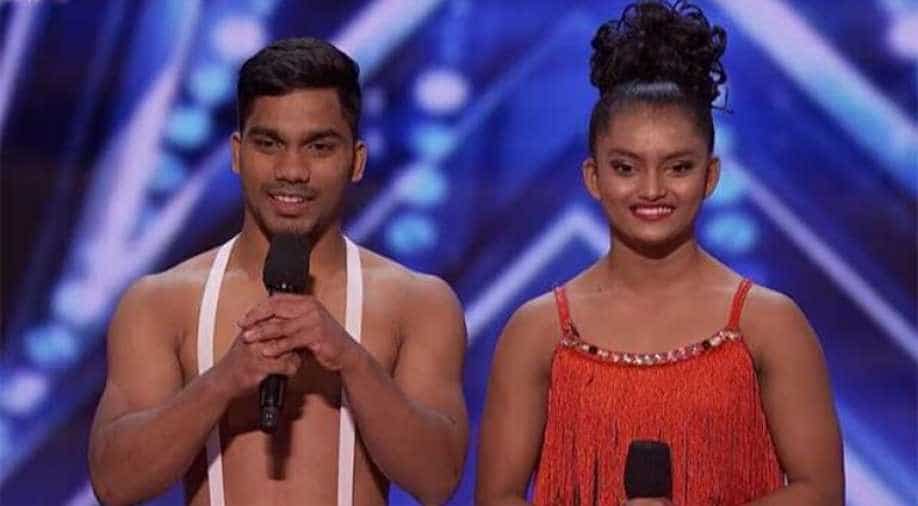 Sumanth and Sonali on 'America's Got Talent' Photograph:( Others )

Sumanth is 20-years-old while Sonali, daughter of a farmer, is only 15 years old. Their performance got a standing ovation from the judges

They call themselves 'Bad Salsa' but they are anything but bad. Kolkata based dancers Sumanth and Sonali were part of the premiere episode of 'America's Got Talent' season 15 and impressed the judges as well the audience with their electrifying performances.

Part of Bivash Academy of Dance (BAD), the two travelled all the way from Kolkata, India to Los Angeles to participate in the reality show and had everyone in awe with their performance which was a mix of acrobats and salsa.  They danced to the song ‘Dhating Naach’ from the Bollywood film 'Phata Poster Nikhla Hero' and had the judges and audience cheering for them throughout.

Sumanth is 20-years-old while Sonali, daughter of a farmer, is only 15 years old. Their performance got a standing ovation from judges as well as the audience.

Sonali, in fact, is not new to reality shows. She first rose to fame appearing on 'India’s Got Talent' as a child and was a winner of the show in 2012. She was also part of the dance reality show 'Jhalak Dikhla Jaa'.