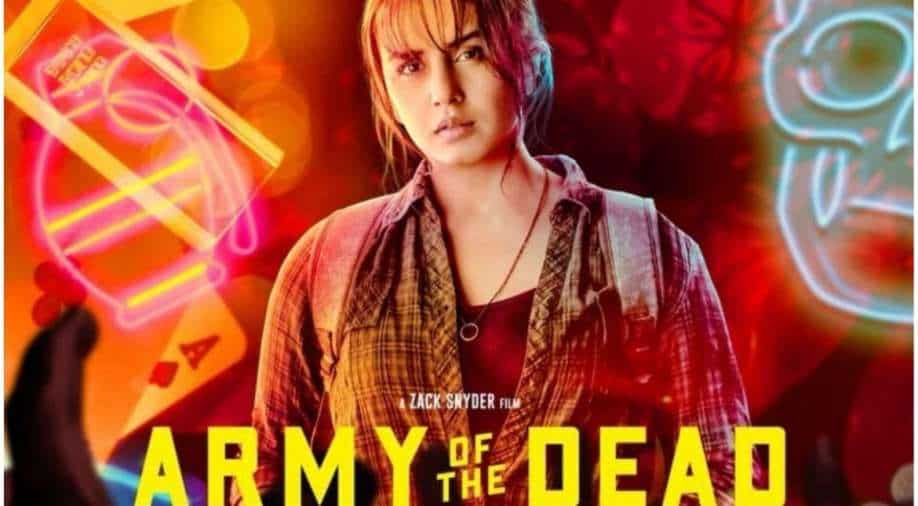 The details of Huma's character, other than her name Geeta, are still under wraps.

Bollywood star Huma Qureshi on Monday treated fans to a BTS throwback picture from the sets of her Hollywood debut in a zombie heist film from Zack Snyder titled 'Army of The Dead'.

The 'Gangs of Wasseypur' star hopped on to Instagram and posted a picture as she posed in a haphazard and distorted hotel room. In the picture, Qureshi is seen seated cross-legged as she observed the hugely destroyed room. The `Badlapur` star is seen donning an all-black ensemble - a black shirt and black denim, and a pair of brown shoes. By having a look at the room one can reckon that a couple of zombies wreaked havoc at the place.

Showcasing what she terms the 'Hollywood Glamour', Qureshi captioned the post as, "Me just hanging out on the set of #ArmyOfTheDead waiting to check-in at the Zombie Hotel surrounded by zombie entrails.. You know just regular on set Hollywood Glamour."She added, "#glam #hollywood #hollywoodglamour#bts #throwback .. And that is @ella_purnell aka Kate hidden behind my giant shoe... This spectacular film is playing on the BIG Screen (select theatres) in the US right NOW!! So everyone in the US watch it now .. and rest of us get to see it on @netflix @netflix_in on the 21st of May #netflix #zombie #zombies."

Earlier in April, the `Jolly LLB 2` star unveiled her first look as 'Geeta' from 'Army of The Dead'. Filmmaker Zack Snyder's 'Army of the Dead' takes place following a zombie outbreak that leaves Las Vegas in ruins and walled off from the rest of the world.

When Scott Ward, a former zombie war hero, who is now flipping burgers on the outskirts of the town he now calls home, is approached by casino boss Bly Tanaka, with the ultimate proposition to break into the zombie-infested quarantined zone and retrieve USD 200 million, that is sitting in a vault beneath the strip before the city is nuked by the government in 32 hours.

With little left to lose, Ward takes on the challenge, assembling a ragtag team of experts for the heist. With a ticking clock, a notoriously impenetrable vault, and a smarter, faster horde of Alpha zombies closing in, only one thing is for certain in the greatest heist ever attempted: survivors take all.

The trailer of Snyder's 'Army of the Dead' was released on April 13 and the details of Huma's character, other than her name Geeta, are still under wraps. The film also stars Dave Bautista, Ella Purnell, Omari Hardwick, and Ana de la Reguera in important roles and is slated to hit Netflix on May 21.