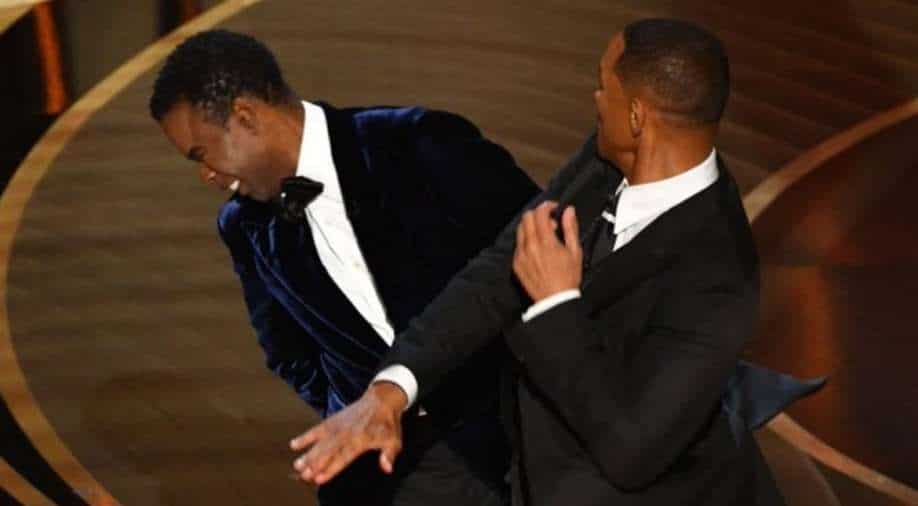 Will Smith slapped Chris Rock on stage after the comedian made a joke on the actor's wife Photograph:( Twitter )

Actor-comedian Whoopi Goldberg opened up about Will Smith and Chris Rock's altercation, which took place during Oscars 2022.

Actor-comedian Whoopi Goldberg opened up about Will Smith and Chris Rock's altercation, which took place during Oscars 2022.

Goldberg believes that Smith will bounce back from the recent controversy surrounding him.Goldberg spoke about the slap controversy and its impact on Smith's career during Monday's episode of 'The View', reported Variety.

She predicted that Smith's career will go back to normal after he slapped Rock at last weekend's 94th Academy Awards -- comparing him to Louis C.K. and Kanye West being honoured at Sunday's 64th Grammy Awards.

"Some people found that controversial, but the show didn`t have anything like last week`s controversy, which is fine," Goldberg said.

"Also some of Will Smith's future projects are in question. The question is, does he have a path back? Yes, of course, he does. ... He`ll be fine, he`ll be back. No worries," she added.

Her comments come after some projects that Smith was previously attached to have been shelved by Netflix and Sony, according to The Hollywood Reporter.

Goldberg's 'The View' co-host Ana Navarro argued in favour of Smith's comeback, saying she did not agree with Netflix`s choice to drop its planned Smith-starring project.

"He's had over 30 years of a career, where he's had a very positive image, been a positive role model, he`s been very philanthropic, he's done all sorts of things," Navarro said.

Navarro added, "None of us should be judged by our worst moment. We should be judged by our entire career. And yes, this is going to be with him the rest of his life. It`s going to be in his obituary. This is not going away. But should it define his life? Should it define his career? No, absolutely not. So I think Netflix and all those are making a mistake, and I hope they reconsider because we should be able to separate his art from what he did."Goldberg previously acknowledged that Rock "was the victim" but argued that the Oscars producers "made the right decision" in not removing Smith from the show.

"This is not the first time craziness has happened onstage, but this is the first time we`ve seen anybody assault anybody onstage," she said last week.

The conflict arose after Rock, who was presenting the Oscar for Best Documentary Feature, seized the moment to crack a few jokes, including one about Smith's wife Jada Pinkett Smith`s shaved head. He compared the 50-year-old actor's appearance to that of Demi Moore`s look in 'G.I. Jane'.

Jada, who recently opened up about living with alopecia areata, was visibly upset, rolling her eyes from her seat.Seconds later, Smith walked onstage and approached Rock, smacking him in front of the audience. The 53-year-old actor also shouted to a stunned Rock, "Keep my wife`s name out of your f---ing mouth."

Smith then remained seated with his wife at his table for the rest of the event. Rock has so far declined to press charges.Smith announced on April 1 that he was resigning from the Academy. He still faces suspension, expulsion or other sanctions from the Academy, which condemned his violent actions following the Oscars 2022 ceremony.The next Academy board meeting is scheduled for April 18.