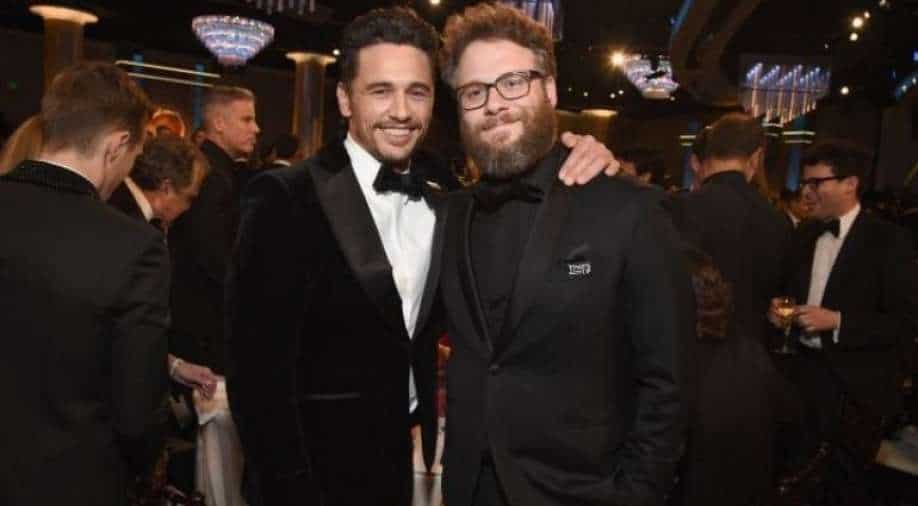 The pair have worked together on films including 'The Disaster Artist', 'Pineapple Express' and 'This Is the End'.

Seth Rogen is talking about the sexual assault allegations against his close friend and frequent collaborator James Franco. The duo has worked together on different big projects over the years and share a close relationship.

The actor, who has remained silent on the issue recently addressed the issue in a recent interview with The Sunday Times.

Talking about him, he said, ''What I can say is that I despise abuse and harassment and I would never cover or conceal the actions of someone doing it, or knowingly put someone in a situation where they were around someone like that.''

Revealing his plans of working with him in the future, he said, "Very much regrets making that joke," referring to 2018 episode.

"I also look back to that interview in 2018 where I comment that I would keep working with James, and the truth is that I have not and I do not plan to right now."

He added, “I don’t know if I can define that right now during this interview. I can say it, um, you know, it has changed many things in our relationship and our dynamic."

When asked about their friendship is currently painful. “Yeah. But not as painful and difficult as it is for a lot of other people involved. I have no pity for myself in this situation,” he answered.

The pair have worked together on films including 'The Disaster Artist', 'Pineapple Express' and 'This Is the End'. In a lawsuit alleging Hollywood actor  Franco intimidated students at an acting and film school, a settlement has finally been reached as charges of sexual misconduct were framed against him. He was founded at the school under exploitative sexual situations.