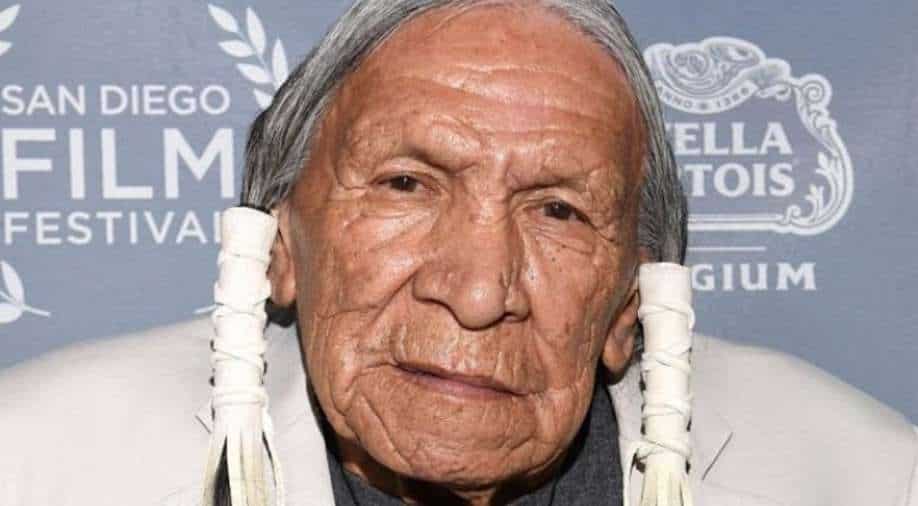 Saginaw Grant—who was a Native American from Oklahoma—has worked in television in popular shows like 'Breaking Bad' and 'Harts of the West’.

Saginaw Grant, the Native American actor who worked alongside Johnny Depp in ‘The Lone Ranger’ and with Anthony Hopkins in ‘The World’s Fastest Indian’, has died at 85.

Grant died on Wednesday in his sleep of natural causes at a private care facility in Hollywood, his publicist and friend Lani Carmichael told a news agency. “His motto in life was always respect one another and don’t talk about one another in a negative way,” she said.

The actor—who was from Oklahoma—has also worked in television in popular shows like 'Breaking Bad' and 'Harts of the West’.

A Facebook post on his demise, reads as, “It’s with heavy hearts we announce a warrior has been called home. Saginaw Morgan Grant, the hereditary chief and medicine man of the Sac & Fox tribe, traveled the world speaking of his traditions, his experiences, his sobriety and his faith as both a Native American and a Christian.”

Grant began his acting career in the 1980s with a TV commercial. The actor was also seen in installments of ‘Nash Bridges’, ‘Baywatch’, ‘My Name Is Earl’, ‘Saving Grace’, ‘American Horror Story’, ‘Shameless’, ‘The League’, ‘Baskets and Veep’, among others.