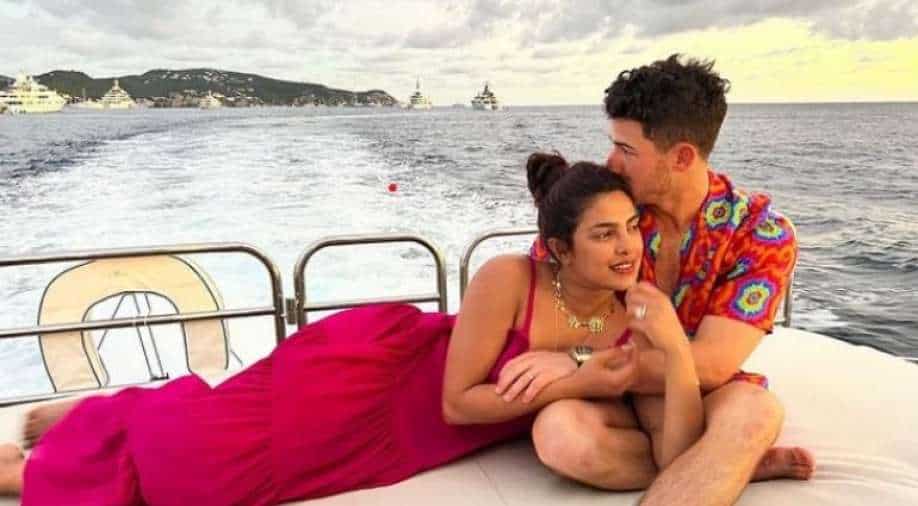 In November, the actress changed her Instagram name from Priyanka Chopra Jonas to only Priyanka.

Priyanka Chopra Jonas and Nick Jonas have been happily married since December 2018, but the couple were all over the headlines after Chopra dropped her surname 'Chopra-Jonas' from her Instagram handle. The move left the internet buzzing as fans speculated if Priyanka and Nick were headed for a divorce.

Now, Chopra has addressed all the rumours and speculation going around her marriage to Nick Jonas. Reacting to the same, Priyanka in an interview with a magazine said that it is just a 'professional hazard.'

Are Priyanka Chopra and Nick Jonas planning to have children soon? Actress responds

"It's a very vulnerable feeling, actually, that if I post a picture, everything that's behind me in that picture is going to be zoomed in on, and people are going to speculate," the 'Matrix Resurrections' star said.

Adding further, she said,  "It's just a professional hazard.... Because of the noise of social media, because of the prevalence that it has in our lives, I think it seems a lot larger than it is. I think that we give it a lot more credence in real life, and I don't think it needs that."

Nick commented on their privacy during the interview and that the pair have created "boundaries" to ensure a level of privacy.

''We both know that public life is something that comes with what we do. But we’ve set real boundaries around our personal lives, our privacy, and worked really hard to create that little safe haven for ourselves with our friends and family,'' he said.

Priyanka further added that she's become 'a lot more introverted'. "I'm starting to protect myself a lot more because I realize how much [the entertainment business] takes out of you," she explained. "It takes a part of your soul, constantly trying to make sure that you say the right thing, do the right thing, dress the right way, not make a mistake, not trip because the whole world is going to watch. Or not fall when you're walking up on a red carpet or say something wrong or have a bad f--king day."