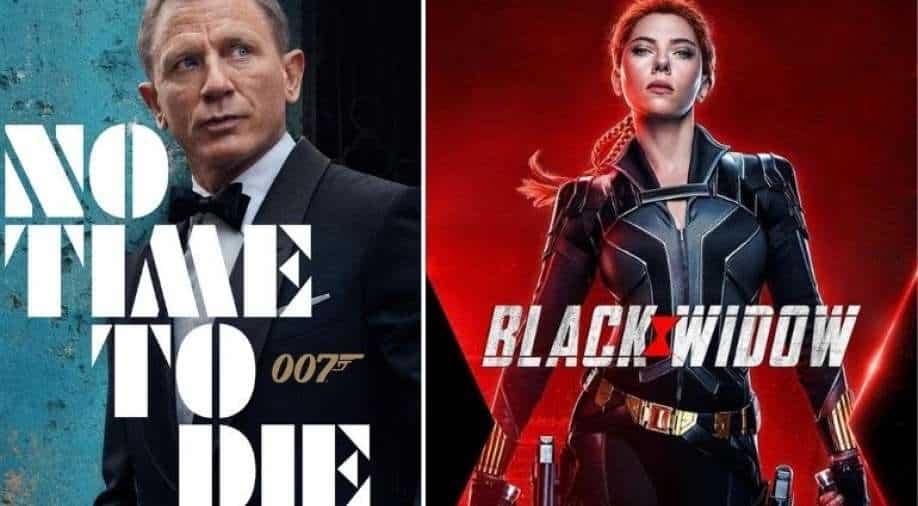 James Bond thriller 'No Time to Die,' from MGM and Comcast Corp`s Universal Pictures, is scheduled for April. 'Black Widow,' from Walt Disney Co's Marvel Studios, and Universal`s new 'Fast & Furious' installment are set for May.

Movie theater operators, after a year of dismal ticket sales during the pandemic, are hoping a lineup of superheroes, fighter pilots and cinema`s most famous spy will help them stage a comeback in 2021.

But theater owners and industry analysts see reason for optimism as COVID-19 vaccines roll out and James Bond, Black Widow and other heroes star in new blockbusters set to begin lighting up screens in the spring.

"I think we`ll see a lot of improvements throughout 2021, but I do think it will take some time to get there," said Shawn Robbins, chief analyst with BoxOfficePro.com. "It won`t be an overnight return to normal by any means."

The timing of any rebound is uncertain, as debut dates could change. Hollywood executives have repeatedly shuffled their schedules as they try to judge when the pandemic will fade. Initial excitement over vaccines has been tempered by slow distribution. And audiences will have more choices to stream at home.

Currently, studios plan to send theaters a heavy lineup of big-budget movies that were yanked from the 2020 schedule.

James Bond thriller "No Time to Die," from MGM and Comcast Corp`s Universal Pictures, is scheduled for April. "Black Widow," from Walt Disney Co`s Marvel Studios, and Universal`s new "Fast & Furious" installment are set for May.

Anticipated summer movies include "Top Gun: Maverick" from ViacomCBS Inc`s Paramount Pictures, Universal`s animated "Minions: The Rise of Gru," and Marvel`s "Shang-Chi and the Legend of the Ten Rings."

The theater business was buoyed by the turnout for "Wonder Woman 1984" over the Christmas holiday. While far short of a normal action movie debut, ticket sales for the movie from AT&T Inc`s Warner Bros. came in higher than expected, even though U.S. audiences could stream the film at home on HBO Max.

Warner Bros. plans the same dual-release strategy in 2021 for 17 films, including a "Dune" remake and "Godzilla vs. Kong."

The performance of "Wonder Woman 1984" demonstrated an appetite for the big screen, B. Riley analyst Eric Wold said in a research note.

"This helps support the thesis that when consumers are allowed back to theaters with attractive content, they will once again become moviegoers," said Wold, who follows major chains including AMC Entertainment and Cinemark.

B&B Theatres, which operates in nine states, sold out some of its "Wonder Woman 1984" showtimes on Christmas Day, executives said. But they offered only 25% to 50% of seats, depending on the state, to ensure social distancing.

"We`re seeing week after week our attendance go up," said executive vice president Bobbie Bagby Ford. But she added she did not expect the industry to hit "any semblance of normal" until vaccinations expand and attendance limits can be lifted.

"It`s probably going to be the holidays of 2021 before I see us back to full swing," she said.