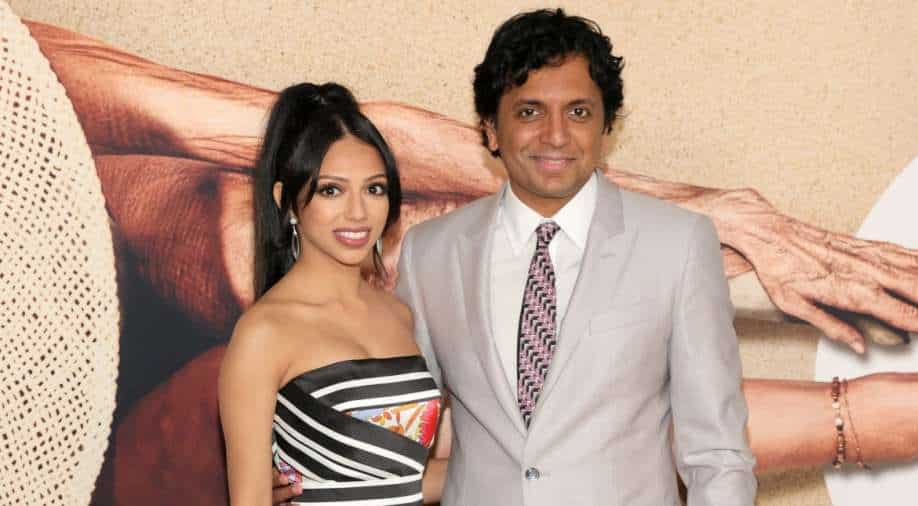 Hollywood filmmaker M. Night Shyamalan, who is gearing up for his upcoming release ‘Old’, let his songwriter daughter Saleka write a song for the horror-thriller film. Although grateful for the opportunity—she has also worked with him on his Apple TV+ series, ‘Servant’—Saleka was ‘especially nervous about working with her filmmaker father. “I was especially nervous to write a song for the film because it is so large scale, and my dad is very specific about every little thing,” she told an entertainment portal.

“He had a vision of the song and how it would fit, and I didn't want to let him down! He did give me a lot of artistic freedom and trust, though, to create anything I want. I was able to bring out some of my classical piano roots for this one and record a piano-based piece. I was even able to arrange the string parts myself, which was the first time I did that solo! The composer of the film, Trevor Gureckis, shared some of the atmospheric sounds he used in the movie score, and I snuck some into the song as well to create some subliminal continuity. What a wild feeling to start writing this song on a keyboard in my bedroom and then hear it months later in this incredible film!”  Saleka added.

Talking about how the collaboration happened, Saleka said, “He gave me the script to read and told me that one of the characters in it sings a song, and he wanted me to write it… The script was such a masterpiece, suspenseful, emotional, chilling, there was so much to draw from artistically. My dad told me he wanted the song to emphasize the love story between Guy (Gael García Bernal) and Prisca (Vicky Krieps), and especially the feelings and perspective they have at the end of the film.”

Although she was worried about letting her dad down, Saleka said they regularly inspire one another to with their creative pursuits. “We talk about film, music, [and] art a lot in my family, and often help each other with ideas for projects we are working on. So collaboration with my dad actually felt very natural,” added the songwriter.