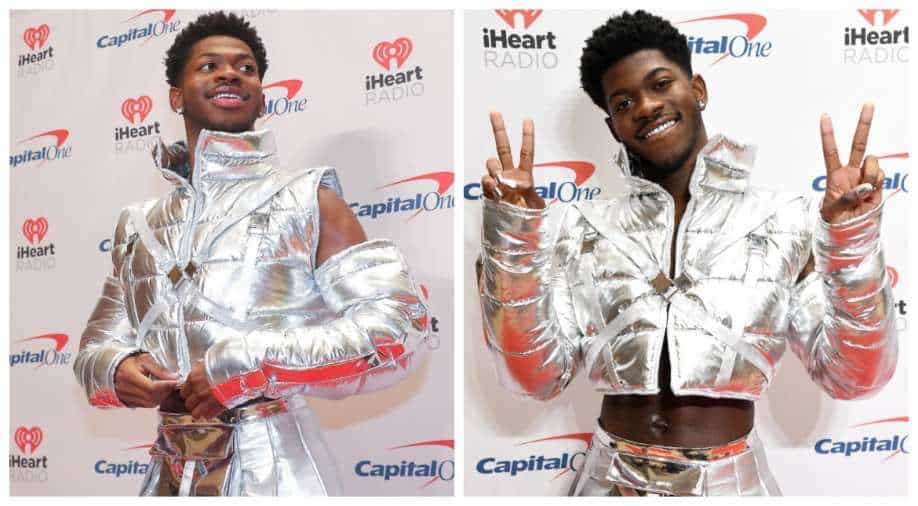 Lil Nas X's fashion sense is not for the faint hearted Photograph:( Instagram )

Lil Nas X is certainly not the only artist from a Jingle Ball lineup to contract COVID-19 or cancel a show after someone from their team tested positive.

Grammy-winning artist Lil Nas X recently appeared to confirm that he has tested positive for COVID-19.

The hitmaker revealed his diagnosis in a series of tweets, sharing that he is experiencing symptoms associated with the disease. "Covid really sucks. last night i was tryna watch p-rn then i sneezed snot all over p--is lmao," he tweeted -- then deleted, reported Billboard.

His COVID revelations apparently came a little earlier in the afternoon, after former US President Barack Obama shared his list of the favourite music of 2021, which included Lil Nas X`s Montero (Call Me By Your Name)`, according to various outlets that captured the artist`s tweets before he nixed the entire thread.

‘Spider-Man 4’ is already in the works? Kevin Feige reacts

After the former president presented his playlist, the 22-year-old artist shared Obama`s tweet and added, "started running around the house when I saw this then i remembered i have covid lol."He followed that with "now that i`m sure i won`t die from covid i will now begin making mildly funny jokes about having it."

According to Uproxx, Lil Nas X also took the Omicron/Omarion joke about the new variant further, writing, "I`m not sure whether I`ve had the omarion or alicia keys variant of covid but this has not been a fun journey."The rapper`s message comes within a week of his announcement that he had to pull out of Capital FM`s Jingle Ball show in the UK after unspecified members in his camp tested positive for COVID-19.

The popular band Coldplay also had to cancel their Jingle Ball appearance for the same reason."Both acts have had members of their teams test positive for COVID-19 and therefore are not able to perform. We`d like to wish the very best and a speedy recovery to Coldplay, Lil Nas X and their teams," read Capital FM`s statement last weekend.

Nas X is certainly not the only artist from a Jingle Ball lineup to contract COVID-19 or cancel a show after someone from their team tested positive.Doja Cat shared on Sunday that she tested positive after cancelling two Jingle Ball dates. On Thursday, Megan Thee Stallion and the Jonas Brothers separately announced they wouldn`t be able to perform at Jingle Ball in Atlanta because members from their respective camps tested positive for COVID-19.

Dua Lipa also had to pull out of her scheduled Jingle Ball performances in New York City and L.A. due to her ongoing bout with laryngitis.