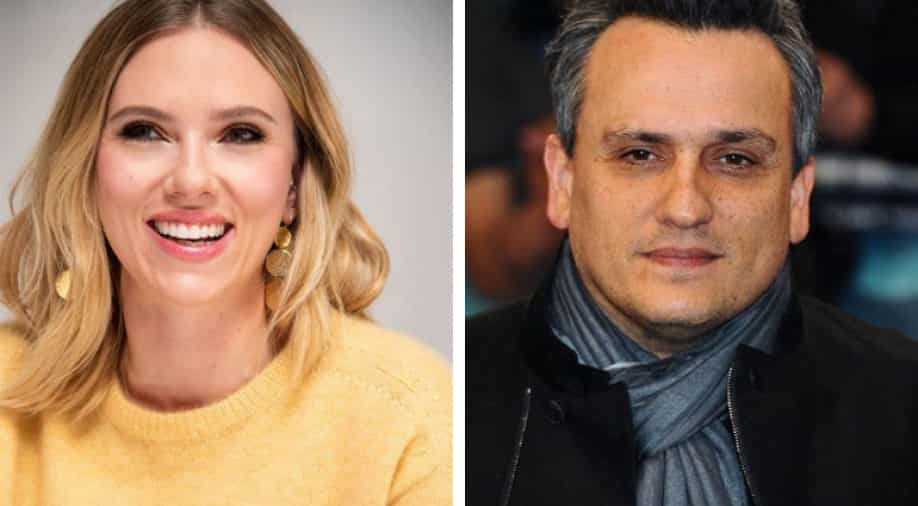 For the unversed, Scarlett Johansson sued Disney over its decision to release the superhero movie 'Black Widow' on streaming at the same time as in theatres.

The 'Avengers: Endgame' director reacted to it in an interview with Variety saying that he is ''glad'' that the lawsuit’s resolved.

For the unversed, the Marvel star sued Disney over its decision to release the superhero movie 'Black Widow' on streaming at the same time as in theatres, alleging a breach of contract which cost the star millions of dollars. One of Hollywood's biggest and top-paid stars was entitled to a percentage of box office receipts from the much-anticipated Marvel film, according to a lawsuit filed at Los Angeles Superior Court.

However, nows they have resolved their legal dispute.

Also read: Scarlett Johansson has 'no plans' to return as 'Black Widow'

Reacting to the same, Russo said, “There’s a lot of tension, just like there is in a lot of industries, because there’s a lot of disruption,” he said. “People’s nerves are fraying, and it’s hard to predict what’s going to happen or where anything is going.”

“I’m glad that the lawsuit’s resolved. I do think it was indicative of significant change that’s been happening. The resolution speaks volumes about the respect for artists moving forward in this changing landscape,” he added.

“Corporations are panicking at the moment, because I think that half the studios are going to disappear in the next 5-10 years, and the game has changed dramatically,” he continued. “There are content producers who can outspend any studio, and it’s just a rounding error for them, because they’re $1 trillion companies. We’ve never seen that before in the business.”

Before the lawsuit was settled last month, The Wall Street Journal reported that the Russo Brothers had hit a standstill in talks to direct another movie for Marvel. When asked about the report, Russo declined to discuss the status of those negotiations, saying “it would be inappropriate for us to comment on a deal if we were in the middle of it.”